They say that you will marry the first person with whom you walk around the lakes while holding hands.  Perhaps this is one reason I'm still footloose and fancy free, because I'm pretty sure I never walked around the lakes.  And running and hand-holding don't really go .... well, hand-in-hand!

The University of Notre Dame, tucked away in the otherwise unremarkable northwestern Indiana city of South Bend, has a gorgeous campus.  The beautiful architecture of classroom buildings and dormitories is built around a series of grassy quadrangles criss-crossed by sidewalks that make perfect geometric patterns when seen from the sky.  Garden plots are tucked around statues and other pieces of art scattered across the campus, and there are trees everywhere that reflect the changing of the seasons in a constant riot of color.  And then there are the lakes-- St Joseph's and St Mary's. 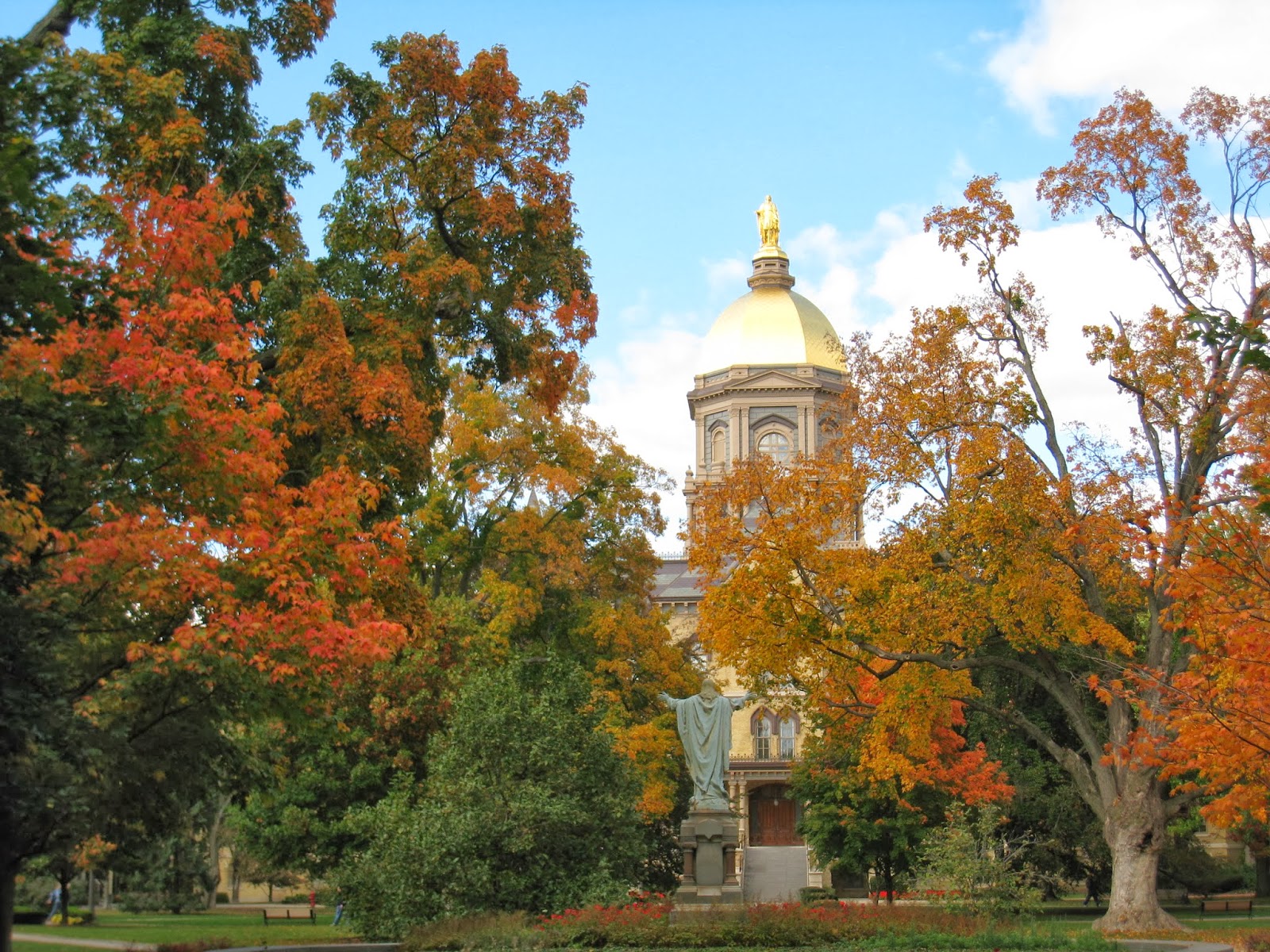 The lakes aren't geographically the center of campus, but they play a large role in many student activities.  There's a Polar Bear plunge in winter, and a tiny beach on St Joseph's Lake for summer use. After the annual mud volleyball tournament, students often take to the water to clean off.  And there's the spring semester favorite-- the Fisher Regatta-- which finds teams from each dormitory taking to the chilly waters in homemade and not-particularly-seaworthy vessels to race across St Mary's Lake.

Although they feature in so many campus events, the lakes are far enough away from the main bustle that they provide a peaceful respite for students otherwise frazzled with assignments and activities and lack of sleep.  There's a tiny island in St Mary's Lake that is home to a swan's nest and a larger island in St Joseph's Lake that has tree swings hidden past the brambles for those daring enough to shimmy around the barrier gate and traverse the narrow bridge from the lake's shore.  There are park benches tucked in several spots where you can stop and take a breather to enjoy the calm and quiet.  Ducks and geese populate the shores nearest to The Grotto, one of the most beloved and most peaceful spots on campus. 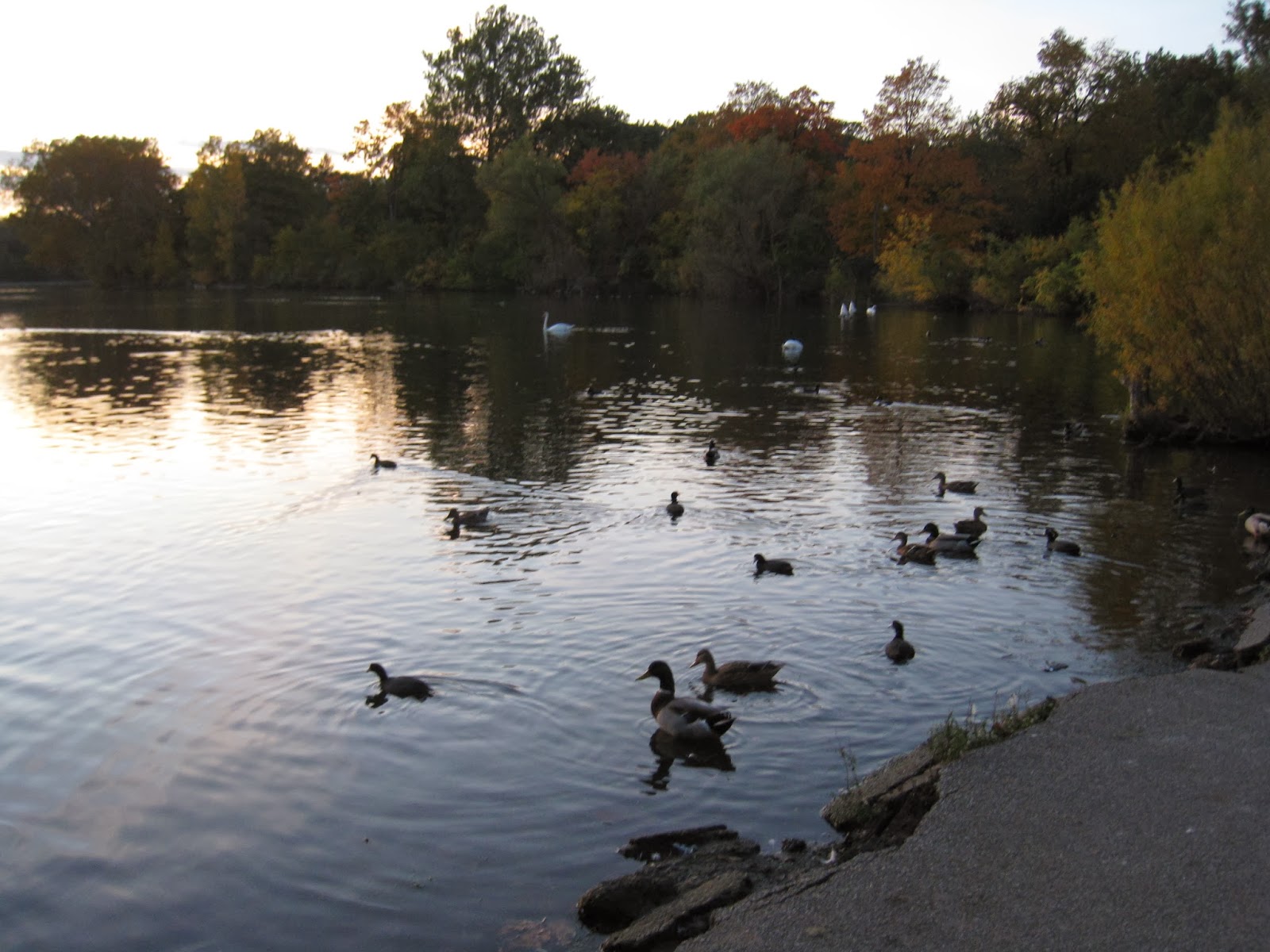 The dirt path itself loops around both lakes, so you can run it as a figure-eight or a big circle.  The loop is short, not even 5km, but adding in the jog from a dorm or a parking lot makes it easy to get in three or more relaxing miles.  It's not lit, so it's very dark at night, but there's really no bad time to set out for a jog.

There is, however, a best time.  Early in the morning in the fall, there's a bite to the air and mist lifts from the still surfaces of the lakes, catching the light as the sun rises and bathes the entire campus in a golden halo.  Pause for a beat on the back side of St Joseph's Lake to look across the water, because that's when you can quite literally see the magic.  Experience it just once and this will become one of your favorite runs too.

And if you really want to tempt fate, slow down for a lap and walk around the lakes holding hands with that special someone.  If the myth is true, you won't just love it because it's beautiful .... you'll love it because that dirt path will mark a spectacular new beginning! 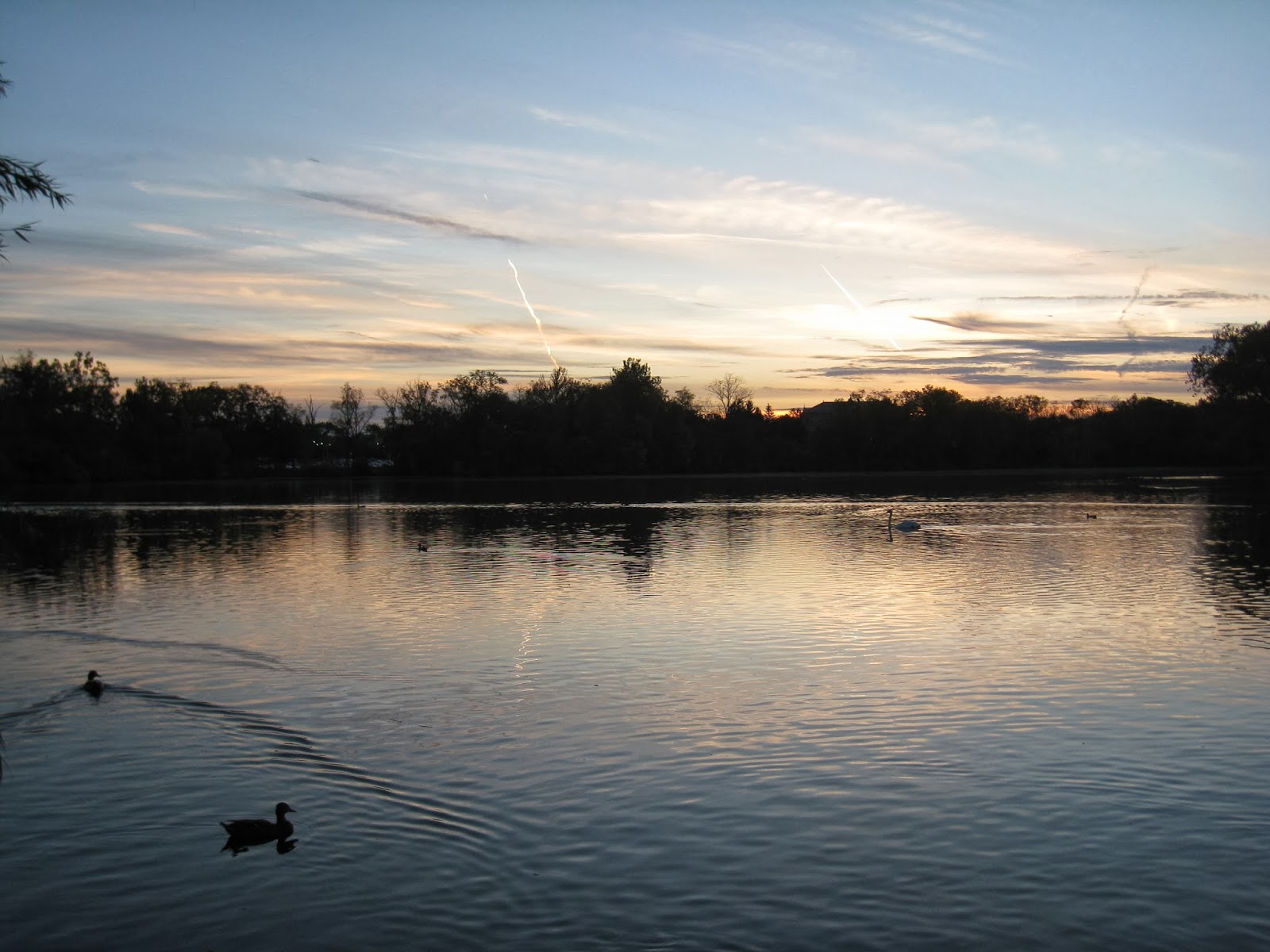 Photographs by my dear friend Liz.  Not up for grabs.
Email ThisBlogThis!Share to TwitterShare to FacebookShare to Pinterest
Labels: America, running