So, if you'd like to expand beyond your normal reading selection, here are some suggestions for you.  (Unless Russian literature is your norm, in which case this list will be a lot of familiar favorites.)

Two years ago, my crazy family went on yet another fantastic adventure.  When I was a kid, we rode to the bottom of the Grand Canyon (and back out) on mules.  This time, we went from top to bottom in length rather than depth, floating from near Lake Powell all the way past Havasu Creek heading towards Lake Meade.  I haven't written about the trip at all yet (we've already discussed how I'm a failure, so I won't get into that again), but I did decide long ago how I want to break it out, because it's too much amazingness to cram into a single post.

I had planned to write one piece dedicated solely to the Little Colorado.  Apparently there's no time like the present!  This pristine, sacred place is currently the focus of a controversial debate about a development plan to build two hotels and a railway that would permanently alter the very heart of the canyon and the rivers, and would increase the number of annual visitors to the tens of thousands.

Full disclosure: I do not support this development plan.  I signed the petition against it.  But I'm not an environmental activist, and I'm not writing this to try to drum up hundreds more signatures advocating on behalf of the canyon.  (Although feel free to sign if you want!)  As ever and always, I want to introduce you to a beautiful natural place, share my memories, and perhaps inspire you to undertake your own adventure to visit! 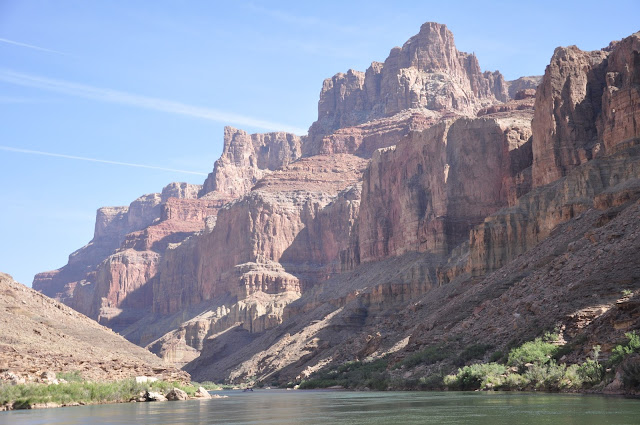 For the Bookworms in Boston

In this age of tablets and smart phones and every other manner of portable screen that you can carry with you anywhere, the printed word seems to be losing the war.  Newspapers and magazines are struggling to morph into something that aligns with this digital world, and those brick-and-mortar bookstore classics like Barnes and Noble and Books-A-Million have been forced to shutter many (or all) of their stores and expand their wares far outside the realm of "book."  And then there's Amazon, who was originally born straddling the line between digital and physical as the biggest retailer of printed books that existed purely in the digital world.

Maybe in 50 years kids won't understand colloquialisms referencing turning pages and the like because Kindle will rule the world.  Maybe people will have forgotten that musty smell of undiscovered stories and waiting adventures that wafts through the stacks of shelves in old libraries and second-hand bookstores.  Maybe "browsing" will no longer signify hours wiled away reading back page summaries and will instead refer only to scrolling through lists of titles on a search engine. 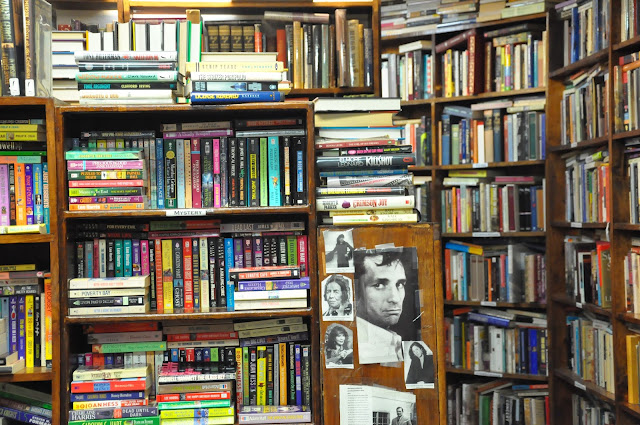 My 2015 marathon was atypical.  Although I guess that doesn't mean much, coming from me.  But this one was different, even by my standards, because it wasn't a run.  It was a hike.  Or, more appropriately, it was a march.

The Bataan Memorial Death March is held annually in memory of the forced march of over 60,000 American and Filipino soldiers at the hands of the Japanese Army after the three-month Battle of Bataan in the Philippines in 1942.  Over 10,000 of those prisoners of war (POW) died during the brutal 60 mile journey.  A significant number of the American POWs were from the New Mexico National Guard, which is why the New Mexico State University Army Reserve Officer Training Corps (ROTC) began sponsoring the memorial march in the late 1980s.  The New Mexico National Guard and White Sands Missile Range became sponsors of the event in 1992, which is when the march relocated to the missile range.

I don't remember the first time I heard of the Bataan Memorial Death March, but it's been in the back of my mind for years.  I did not (and honestly still don't) know a great deal about the history that the march is memorializing.  I was hooked because of the location.  White Sands Missile Range was, in my mind, one of those mysterious, secretive, forbidden government sites that I naturally was curious to see.  What a great opportunity!

Travel Tips for the Ages

There are a gazillion blog posts, magazine articles, books and movies out there touting the life-changing potential of travel.  Those who have never experienced the changes must continue to scoff at the concept, because those who have been lucky enough to experience the changes keep seeking new ways to share the same story.  They truly believe in the power of those moments and the importance of having as many people as possible experience them, or they would simply cherish their particular memories without trying to convince the nay-sayers.  I'm a believer, and it's a worthy cause.

As I recently did regarding my experience with the Taj Mahal, let me enlist a second voice in case mine isn't sufficiently compelling.  We're different genders, very different ages, and from totally different times, but Willard Price had the same wandering soul as the global nomads of today.  If we're all on the same page over 70 years later, we must be on to something! 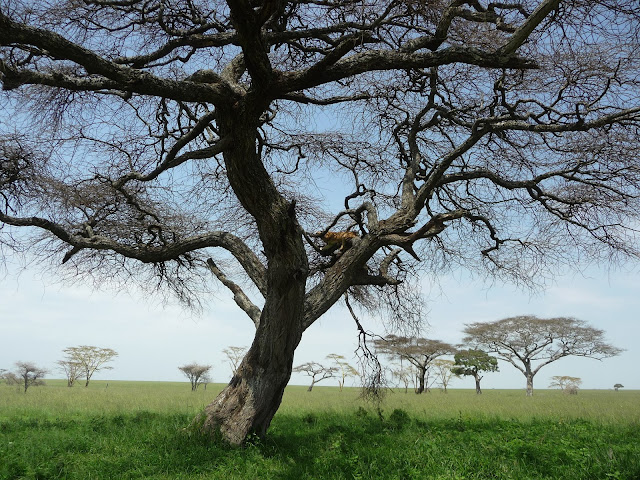 Willard's advice on how to grow, learn, and maximize the opportunities that the world has to offer distill into four rules that are as applicable today as they were a century ago.

I have this thing where I can't get rid of a book without (re)reading it, and I'm downsizing my life, which mostly means going through the piles of books that are stacked all over my house.  Funny that just a few years ago, I was collecting any book I could get my hands on while I cherished the dream of one day having a fantastic library room with wooden shelves requiring sliding ladders for access to the top. Then I moved a few times.  And wouldn't you know, books weigh a LOT.  I am pretty sure the total number of book boxes I had to unpack was equal to the total number of boxes for everything else I own.  Not conducive to the minimalist goal of living out of a vehicle!!

Per my own standard, it's going to take a while to get through my piles so I can send them off to new homes.  But there's progress.

It has not quite been a year since I published a post!  Whew!  I'm less than a month shy though, so clearly an epic fail.  The teaser is that I have over 40 stories that I want to finish and share, so it's not for a lack of adventures and fun and travel-inspiration that I've been a ghost!

First: this blog is not dead.  I don't know for certain what I want to do with it.  I want to change it, make it more of a story-telling forum than a how-to forum, and I want to do a whole lot more with photographs.  But I also have a full-time job that I have not decided to abandon, so I haven't been able to dedicate the time and energy that I want into developing this into my vision.  Yet?  There are a lot of things pulling me in a lot of directions these days, and it is not a pleasant experience.  Something will give way eventually.  I'll be glad if it's not my sanity.

I was recently lost in the bowels of the Widener Library trying to locate books that I wanted to check out for thesis research.  Along the way I found this gem; and how could I possible leave it behind??  The title says it all-- I Cannot Rest from Travel.

The title comes from a line in a Tennyson poem.  The author of the book, Willard Price, was a journalist/photographer/jack-of-all-trades and he published this book in the early 1950s.  It's definitely a book of those times, and there are some cringe-worthy generalities that are an excellent reminder of how far we've come in the last half century.  Anyway, the point is that this man enjoyed some insane adventures.  Sometimes, I wish the world was still wilder, unknown, and mysterious as it was when he was gallivanting around before the ubiquitous digital connection afforded by the Internet and social media.

Anyway, one chapter really struck me, and I wanted to share.  It's unfortunate that I haven't written the many things I have planned and as a result, one of my last published posts was about the Taj Mahal ... because the time lapse between that post and this one is extensive, and that's part of what's so neat about this unexpected discovery! 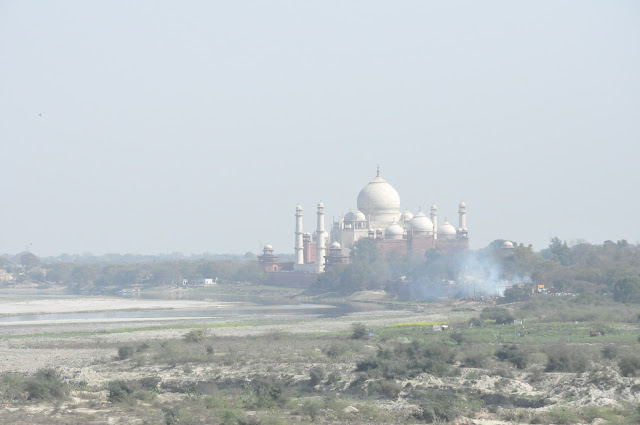