Montreal in One Word is Not What You Might Expect

Have you ever noticed that when someone tries to get you to focus your mind on one thing, it immediately shoots off in a million directions?  They ask you to spit out the first thing that pops into your head, but your mind has ten things combating for dominance and as a result, you're completely tongue-tied.

What one word would you use to describe yourself?  Brain: What time of day is it?  How much sleep did I get?  Where am I right now?  What am I doing?  Who else is around me?  Am I hungry?  All of these things majorly impact the best adjective for the moment!

What's the best country to visit?  Brain: What type of trip are we talking about?  Does weather matter?  Are language barriers an issue?  Are you okay with a little dirt?  Do you want to see animals or landscapes or people or buildings?  Every country marks its place on my heart for its own reasons. 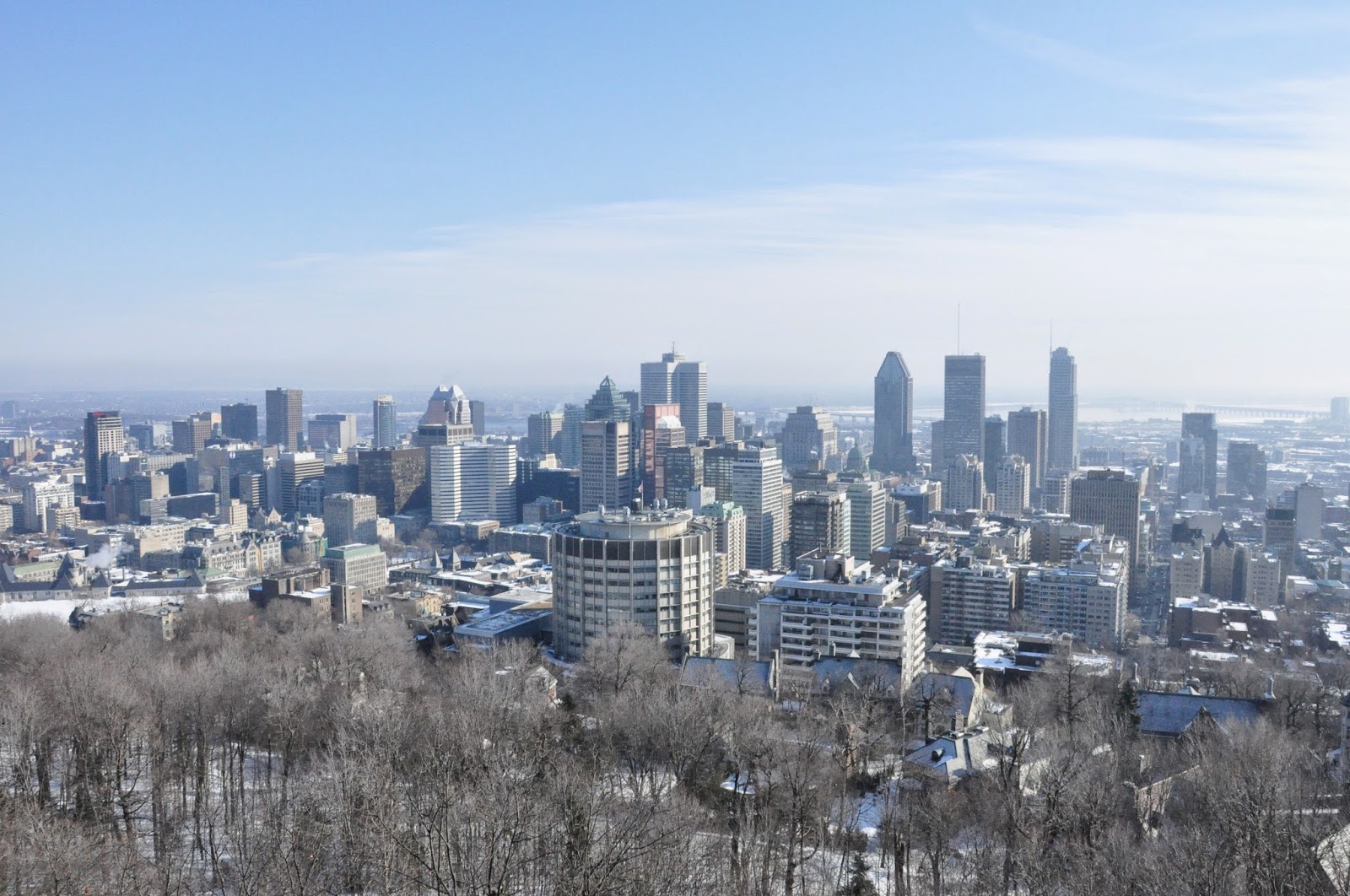 I am not a fan of reducing people or places or things or experiences to single dimensions and solitary words.  So to avoid being hypocritical about something that bugs me so much, I've waited a few months to write this post.  Since I've written a couple other posts about Montreal which include music events and touristy fun, I now feel that it's okay for me to admit that there is indeed miraculously a single thing that pops into my head when someone mentions Montreal.

I Scream, You Scream, Boston Screams for Ice Cream!

One of my favorite things about Boston is the local flavor.  Sure, we've still got McDonalds and Starbucks for the die-hards, but it is so EASY to avoid those national chains and find local favorites instead!  This goes for everything from groceries to beer to coffee shops to ice cream.  You don't necessarily know what to expect from the local places, since they don't have clones all across the country, but that's part of the fun.  And they're always delicious!

For example, Boston has Cold Stone and Dairy Queen.  Boston has Ben and Jerry's (which still gets an honorary 'local' mention since it's a New England original).  And then Boston has J.P. Licks and Emack & Bolio's. 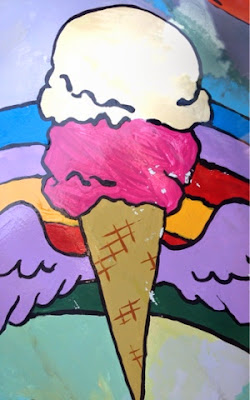 Never heard of either?  Ever spent any time in New England?  Or Boston, specifically?  Well, that explains it!

Halfway: A Hike and a Pit Stop

I did not know I was on a quest.  But it would seem that I am.  And it only took 18 months for me to notice.  This quest that I didn't undertake consciously is to haul myself up the tallest mountain of each of the six states of New England before the fall of 2014.

On a chilly spring day, Jason (remember him from this adventure?) and I piled into the car with Mwenzie and set out to conquer Connecticut and Rhode Island.  We knew there would still be snow and ice in the mountains, since winter put up a heck of a fight this year and spring's hold on April was extremely tenuous, but the peaks of Connecticut and Rhode Island aren't exactly daunting.  Frankly, even 'hill' is a generous description for Rhode Island's summit! 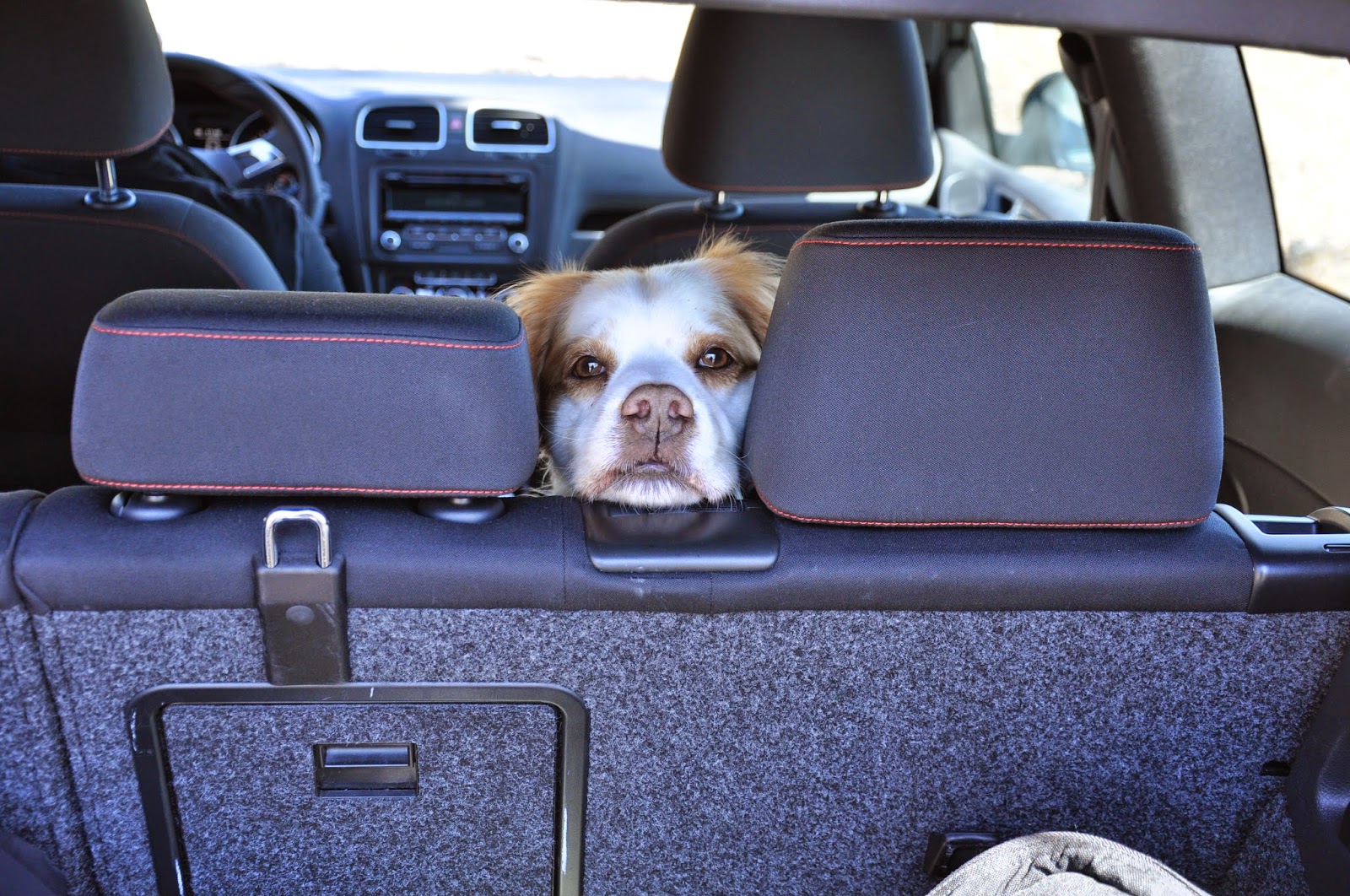 Complete strangers embrace and jump up and down and laugh together.  Someone clutching a pint glass sends beer showers over the roiling crowd.  Voices raise to a deafening crescendo in a unified chant.  Car horns blare persistently into the early hours of morning.  Flares glow eerily red and emit clouds of smoke among the gathered crowds, providing a dramatic background to a scene already exploding with emotion.

This is Rome in 2006 when Italy won the World Cup. 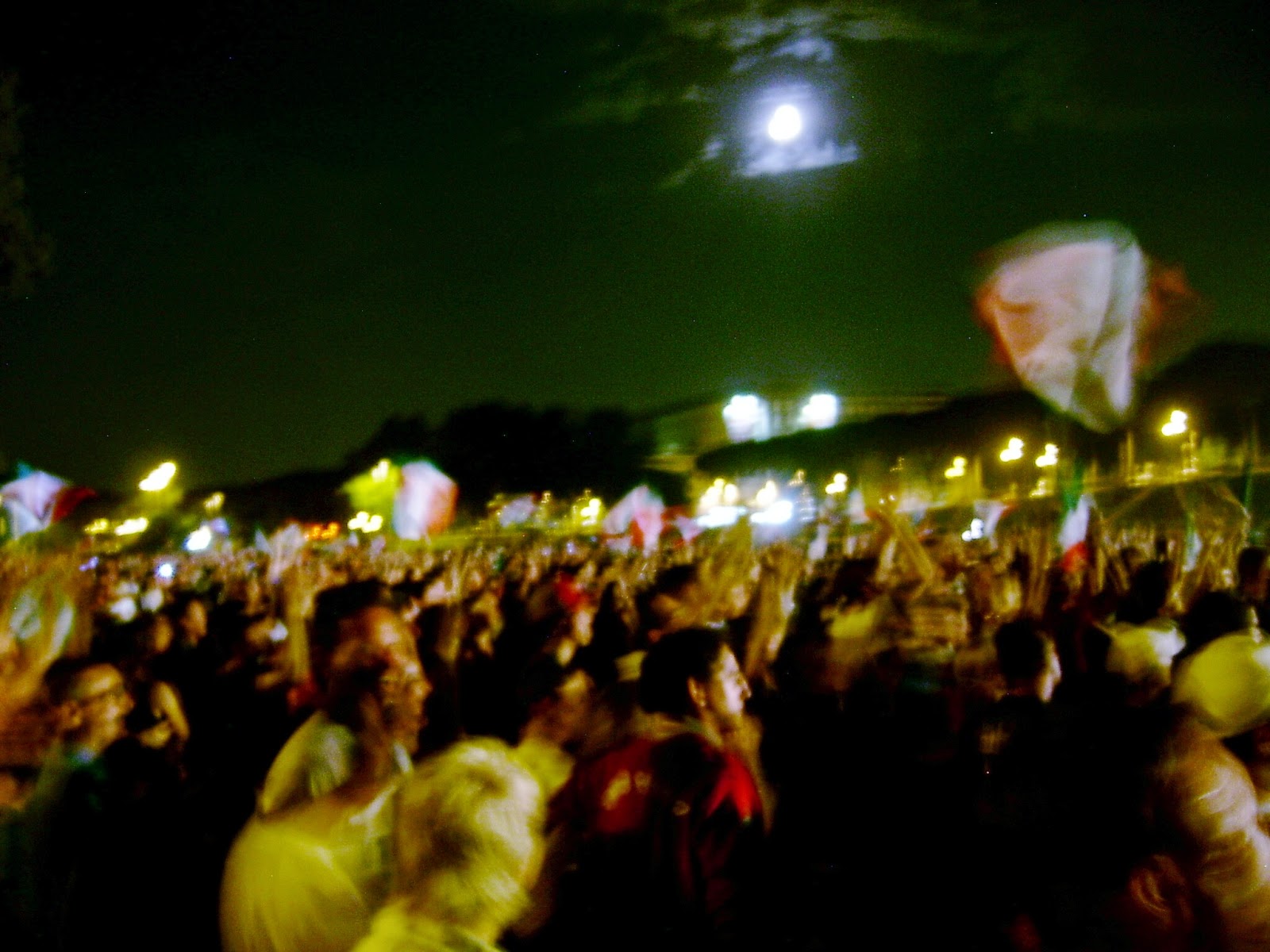 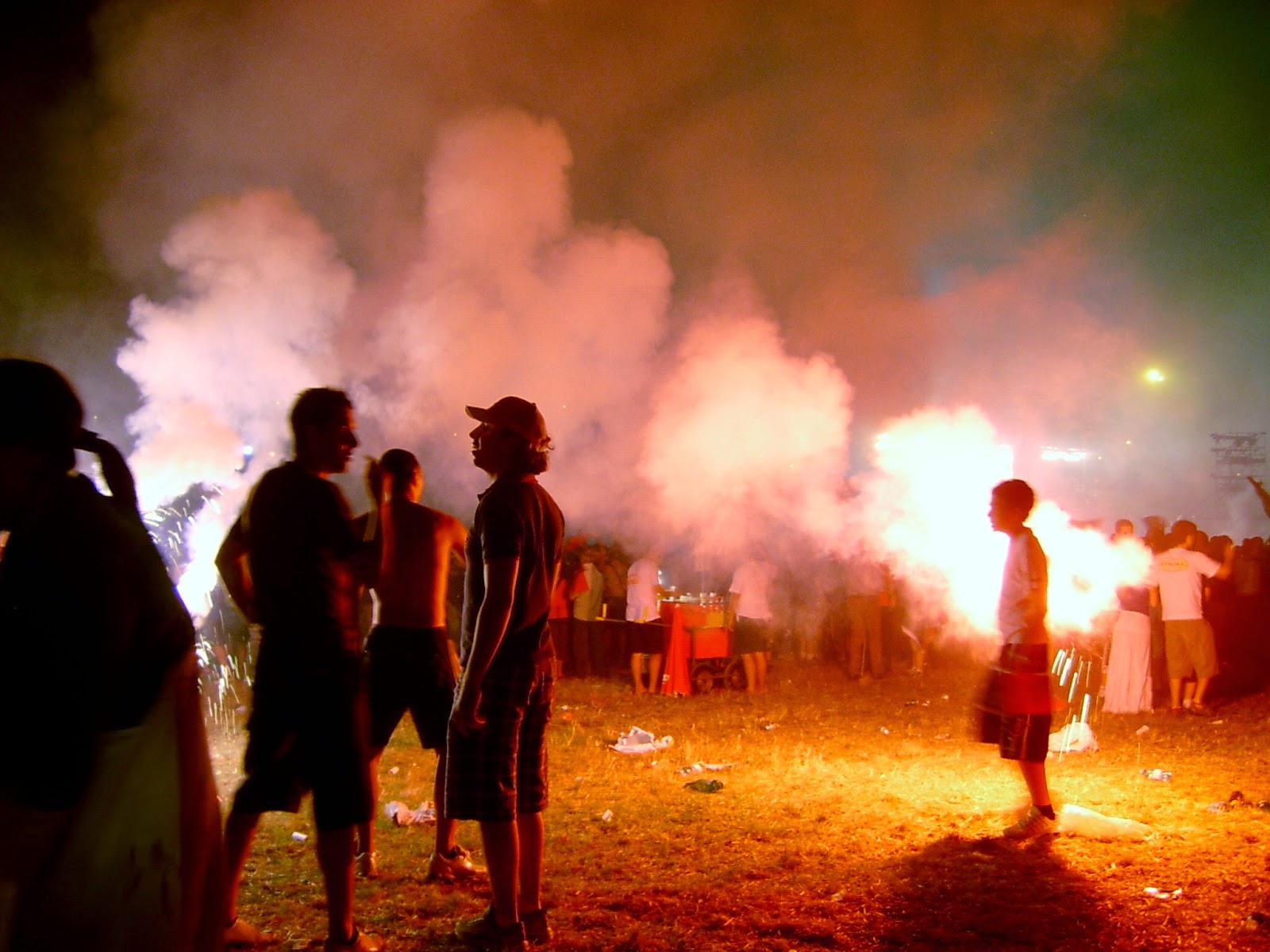 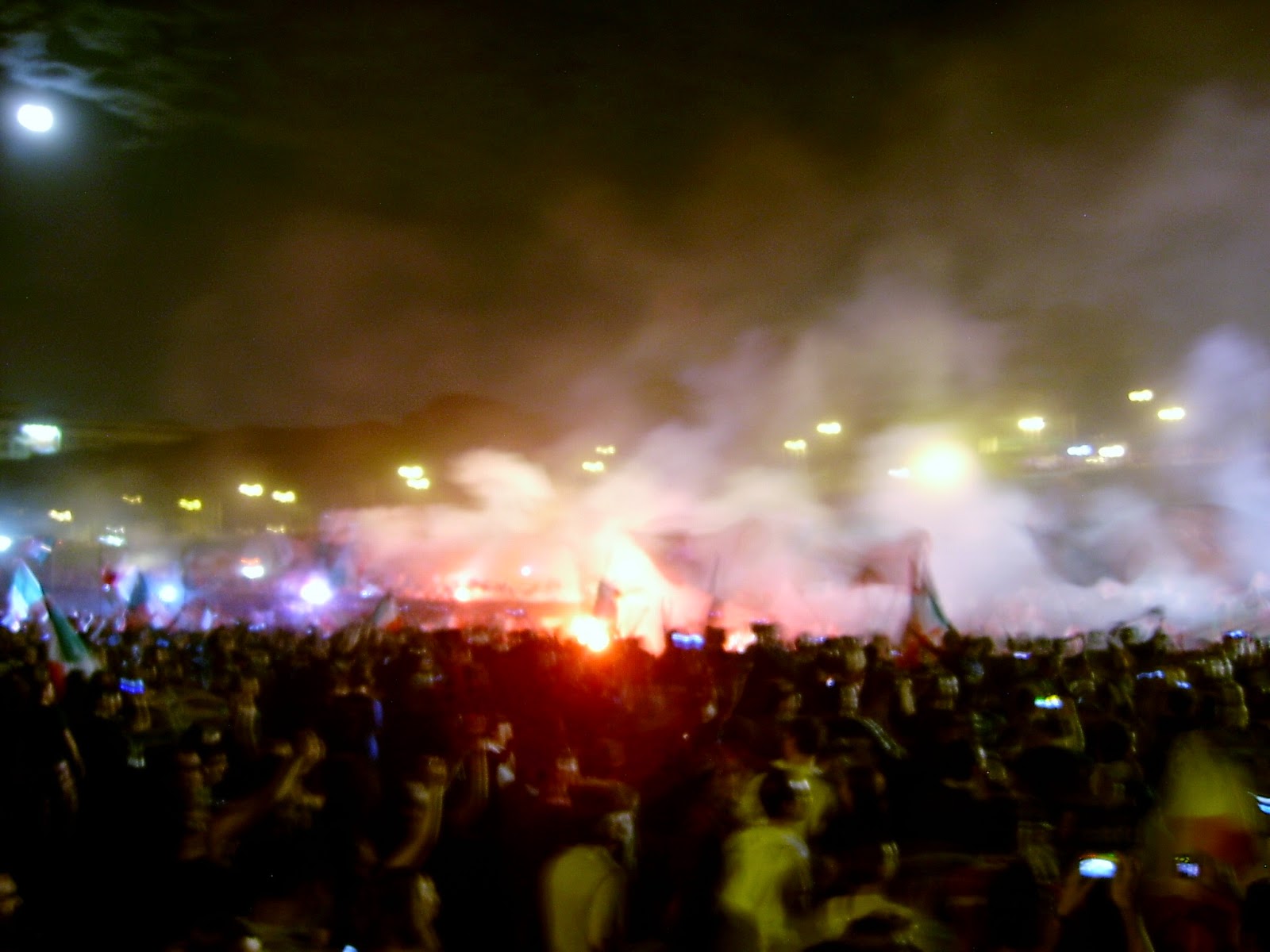 This is Boston in 2011 when the Bruins won the Stanley Cup and again in 2013 when the Red Sox won the World Series. 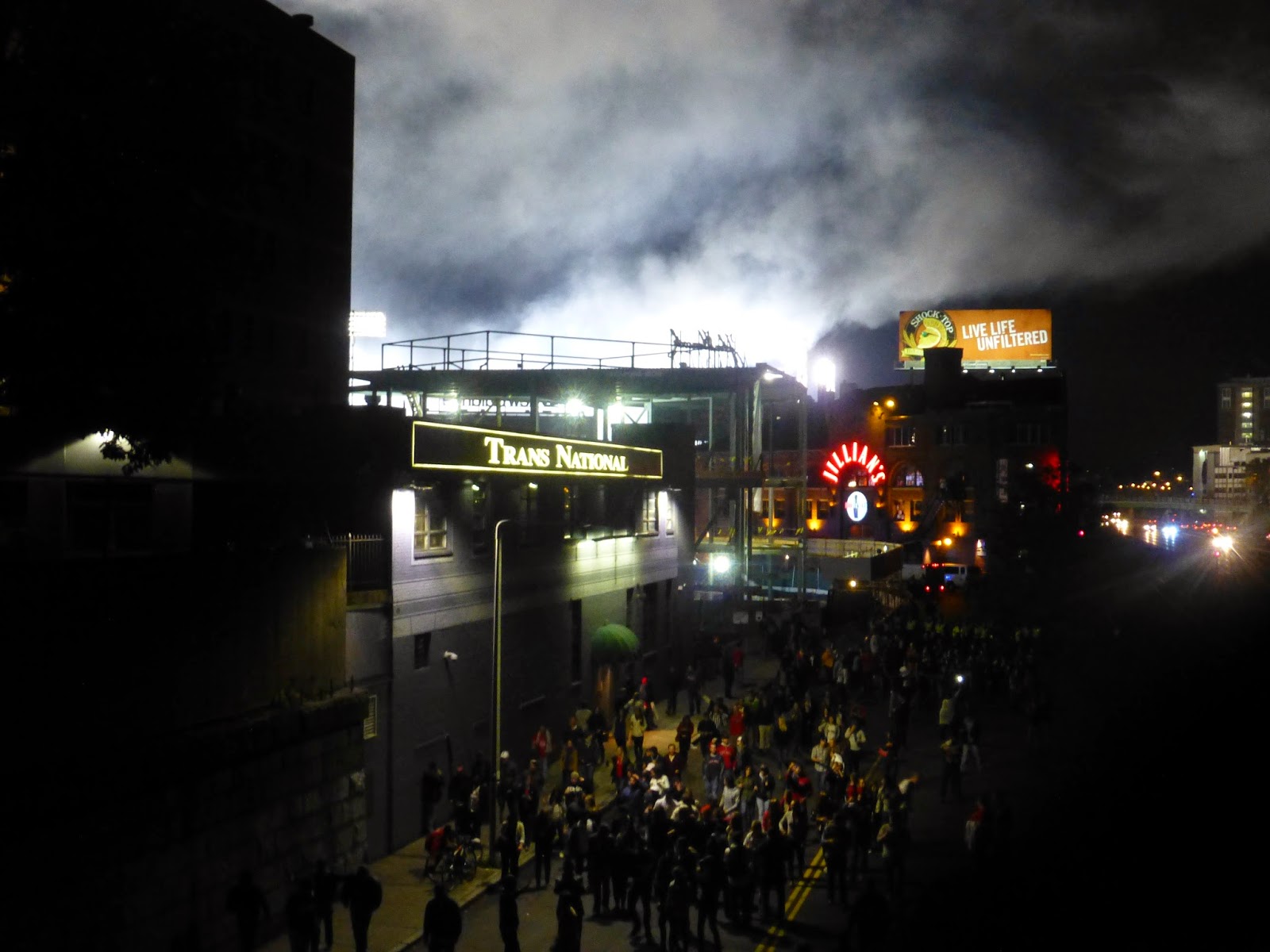 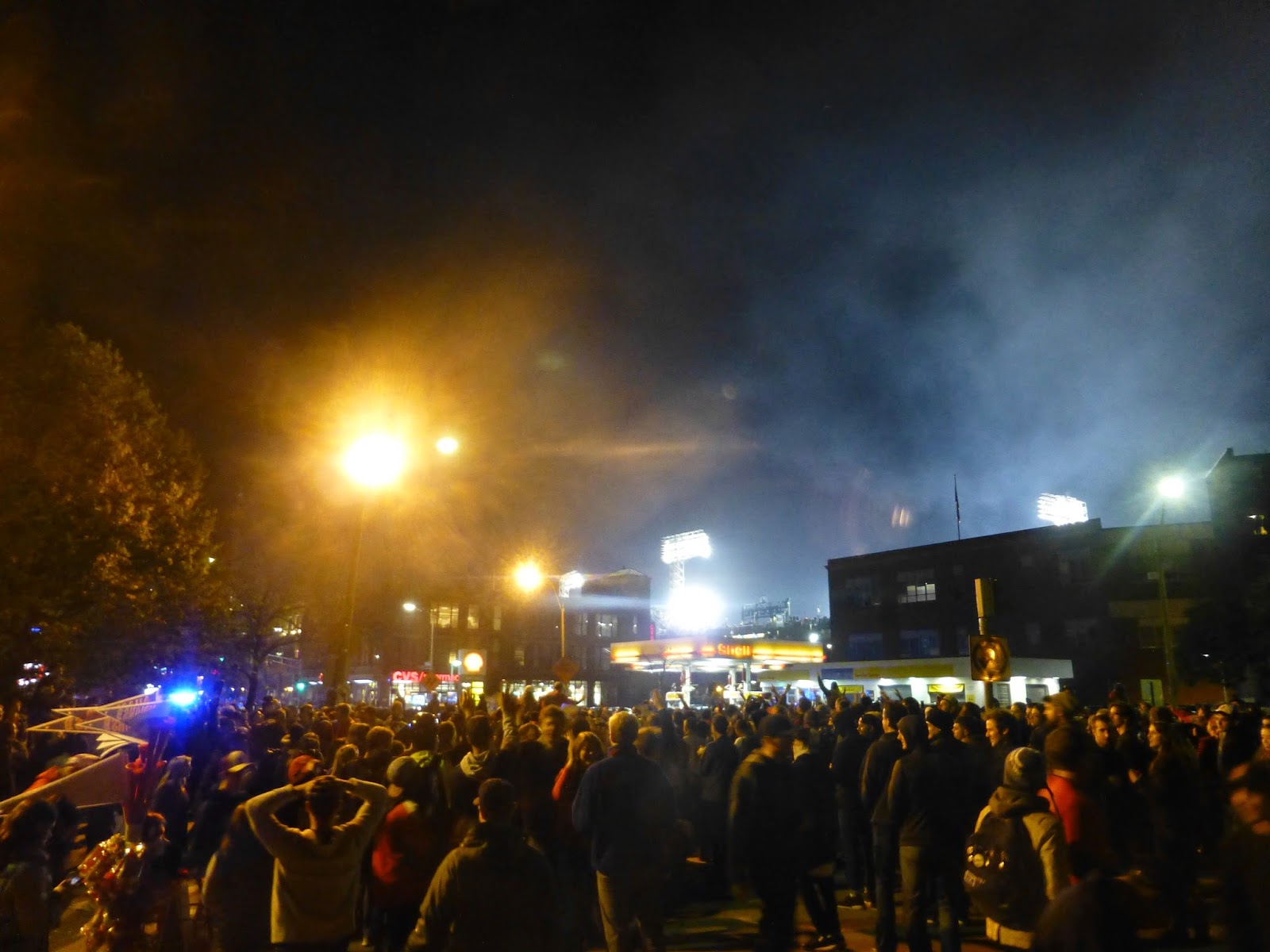 This is any stadium or arena or café or bar or park where fans gathered to watch their favorite athletes battle against another team in some epic sporting event and those athletes WON.

In Boston, the celebrations don't end with the final buzzer or the clock hitting zero.  Imagine a pot of boiling water.  It bubbles and spits like crazy until you lower the heat, but even then the surface moves and the steam keeps rising.  The second you turn up the heat, the water instantly boils.  This is Boston, where the post-game excitement simmers until it erupts again for the Rolling Rally.