Mwenzie's Favorite Dog-Friendly Things To Do in Boston 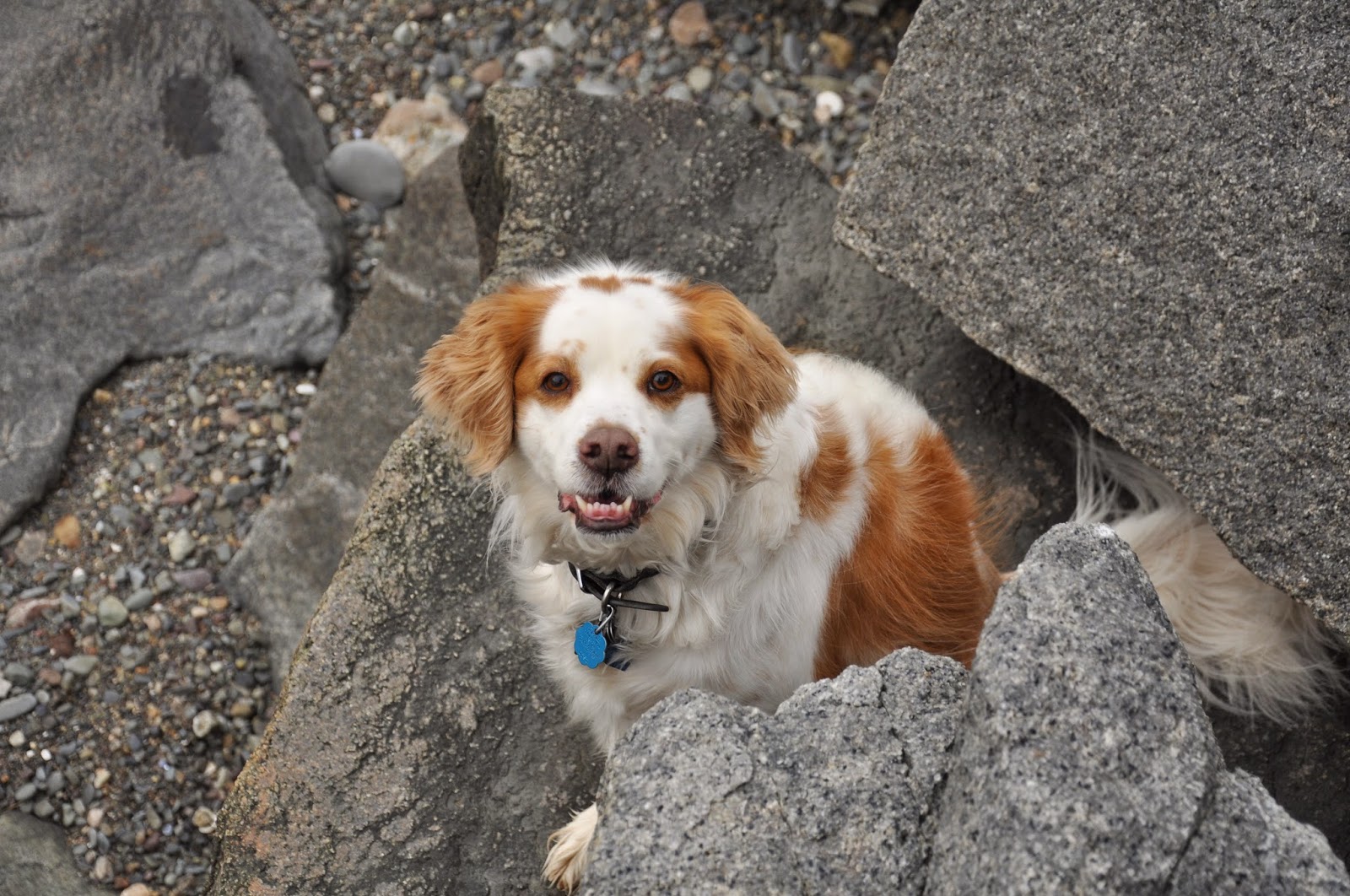 If you've been reading along for a while, and/or you follow our Instagram, you're well acquainted with Mwenzie.  She's my travel buddy.  She likes adventures too.  I spend more time with her than anyone.  She gets me out of the house in all weather and all moods, which has a way of lifting the worst moods even in the worst weather. 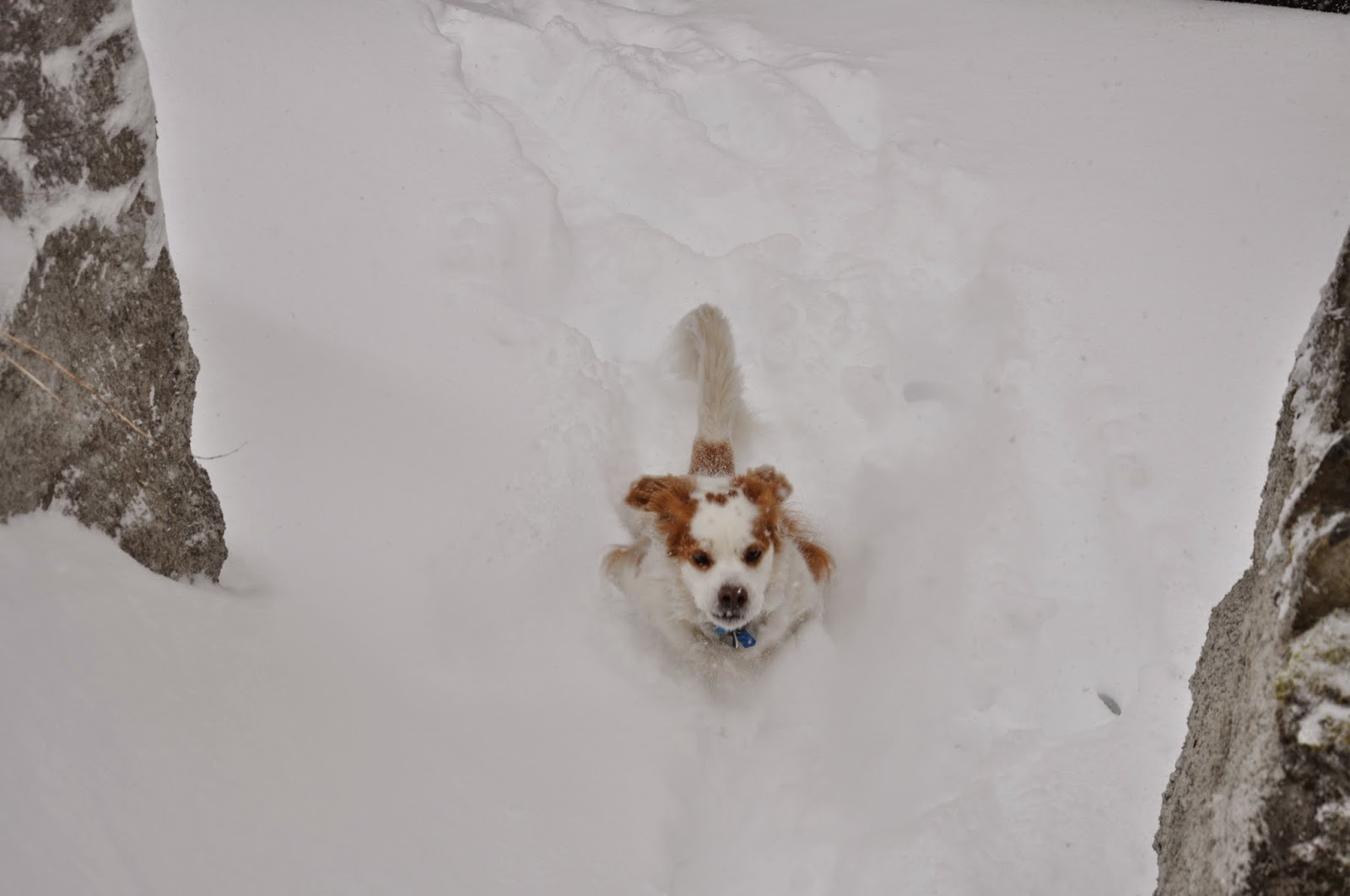 This is a once-in-a-lifetime dog.  You may assume I'm biased because she's mine and I love her, but random strangers regularly vouch for her friendliness and model behavior.  Because she's so awesome, I take her everywhere, which of course makes her more awesome because absolutely nothing fazes her. 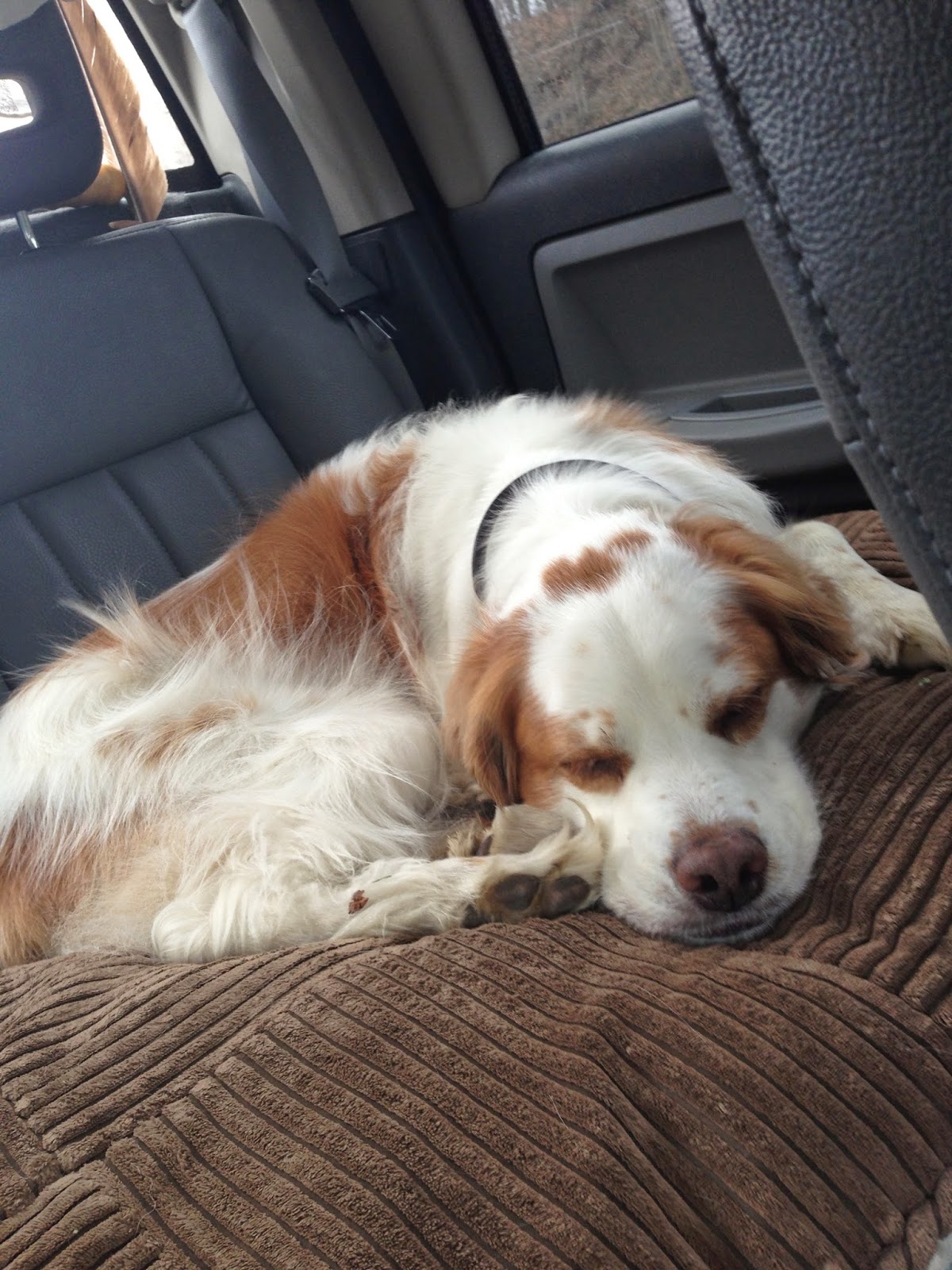 Traveling with a dog is challenging because there are so many bad dog owners and unruly dogs that have set a negative standard for the rest of us.  So I'm always ecstatic when I find places that are truly dog-friendly.  Boston, surprisingly, is one of those places.  Let us introduce you to the many ways that your canine friend can also have a great Boston experience! 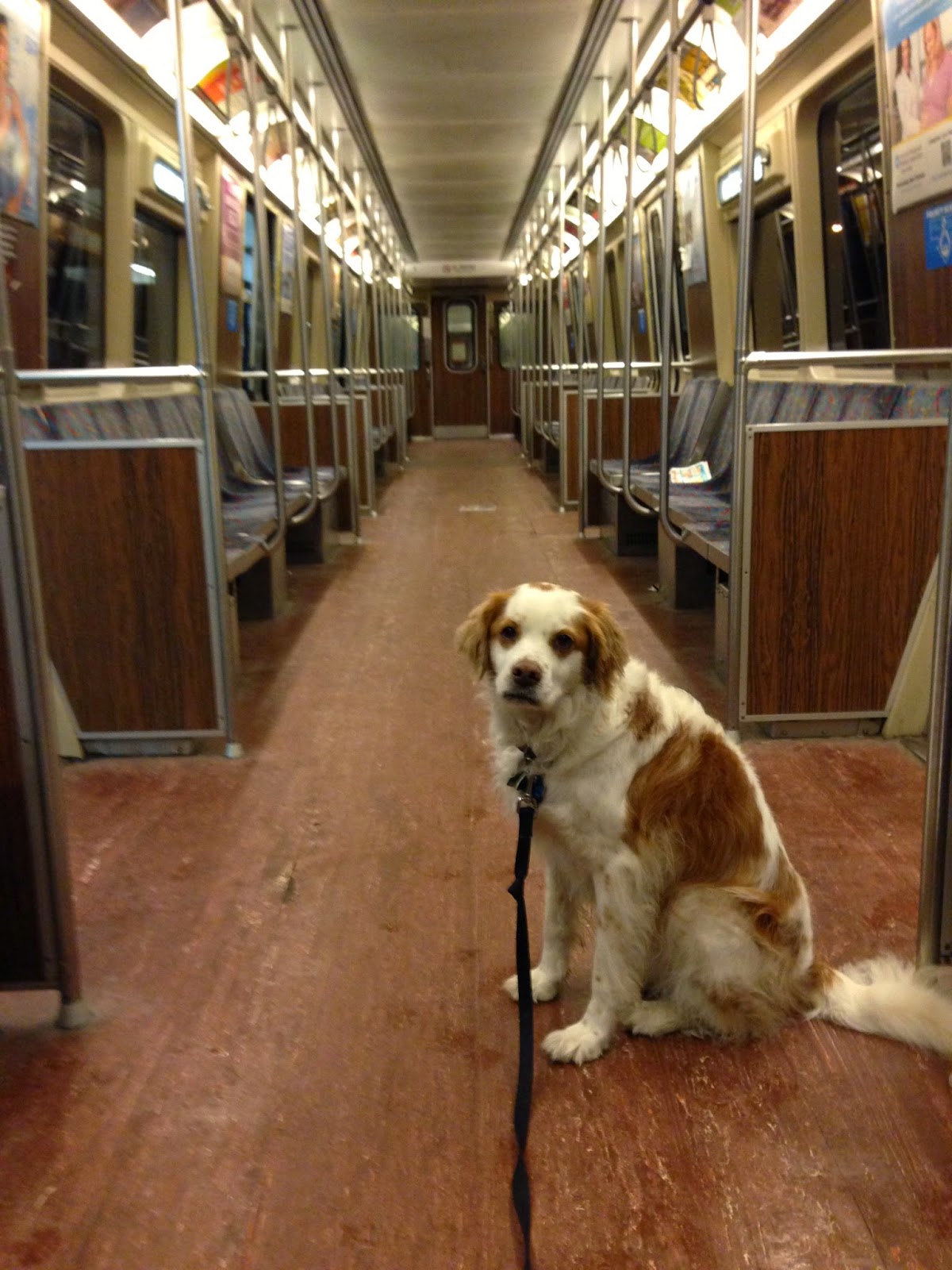 The number one proof of Boston's dog-friendliness is the public transportation system (MBTA, locally known as The T).  YOU CAN TAKE YOUR DOG.  Dogs are allowed on the metros and the buses.  You don't see it very often, but I think that's because many people just assume they can't bring their dog, since that's the law in every other major American city I know.  Thank you for being different, Boston!  Keep in mind that you're not supposed to have dogs on the T during peak times (7-9am and 4-6pm, approximately), which is better for your dog anyway since they're very likely to accidentally be stepped on when the train cars are jammed with people.  Any other time is fair game!  Mwenzie loves the T because lots of people want to pet her (and sometimes share chicken nuggets), and I've been told more than once that having a few minutes with the pup during the morning or evening commute was the best part of someone's day.

Lots of restaurants and cafes have outdoor patios in the summer, but sadly most of them are silly about having your dog lay under your table while you're sitting there.  Sometimes it's okay if the dog is tied up to the outside of the barrier, so they're not actually "on" the patio with you, but this can get tricky when the other side of the barrier is a busy sidewalk.  For example, at Back Bay Social Club, Mwenzie had to be on the far side of the decorative shrubbery, which meant she was in the middle of the sidewalk on Boylston Street.  Boylston has a lot of traffic, both vehicular and pedestrian.  Like I said, nothing fazes this dog, so it wasn't a problem, but it probably would be for most dogs.  But this is partly why Grendel's Den is one of my favorite bars, because dogs ARE allowed on the patio.  Mwenzie sprawls out under the table, my friends and I drink or eat or eat and drink, and life is good.
To get to Grendel's: Red line to Harvard 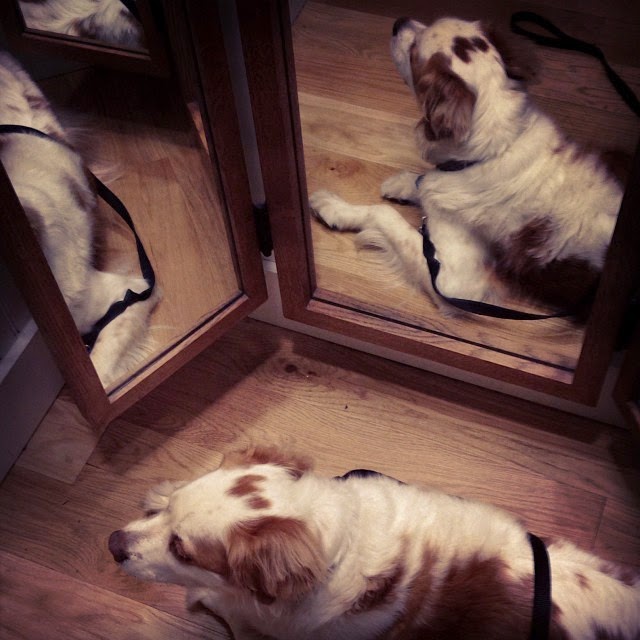 Newbury Street is one of Boston's most popular shopping districts, and dogs are welcome to tag along.  Many stores place bowls of water outside their doors during the summer, which is code for 'your dog can come inside.'  At Lululemon, they even put us in the largest dressing room so that Mwenzie could sprawl and I could try things on without tripping on her.  Other Newbury Street stores with the Mwenzie pawprint-of-approval are Athleta, Life is Good, and Patagonia.
To get to Newbury Street: Green line to Arlington, Copley, or Hynes Convention

During the fleeting months of sun and warmth, there are heaps of outdoor activities in Boston, and your pups can join you for many of them.  From June until August, the Hatch Shell (down on the Esplanade, which is the Boston side of the river) hosts Free Friday Flicks.  You bring a lawn chair or blanket, friends and food, and claim a space on the grass to watch a family-friendly movie on a projection screen!  Mwenzie wasn't super impressed with The Goonies, but she conceded that it was definitely more fun than staying home alone.  We gave Shakespeare a shot too, since every summer since 1996, the Commonwealth Shakespeare Company puts on a free Shakespeare performance for a few weeks in the Commons.  Definitely bring a lawn chair for this one, and not just a blanket, or you won't be able to see anything on the stage.  My rookie mistake resulted in a nice nap on the grass under the stars with Shakespearean commentary in the background.  I didn't care though, and neither did the pups; it's great to relax outside and enjoy the gorgeous weather while it lasts!

Most of the big-name universities in Boston (and technically Cambridge, yeah yeah) don't have any issues with dogs being on their campuses.  Dogs are even allowed inside some of the buildings as well!  At Harvard, for example, dogs aren't allowed in the libraries, but they are allowed in the classrooms and some of the other office buildings.  Mwenzie has attended several classes and she's a big hit.  One professor used her for teaching verb conjugations.  In another class, a guy did a project that incorporated a photo of every student in the class ... and Mwenzie.  Harvard may need to consider awarding doggie diplomas.

There is more than one way for you to have a great time enjoying the Charles River with your dog.  From the mouth of the river in the North End for over ten miles out through Watertown, the river is lined with paths for running, walking, biking, etc.  There are plenty of spots where you can get right down to the water, so if your pup fancies a drink or a swim, you can make it happen.  Right next to the Hatch Shell, the water is only ankle deep for a fair distance, so your dog can wade around easily.  Just keep an eye out for ducks, geese, and squirrels, especially if your dog chases any of those, since they're in abundance.  In addition to walking along the edges of the river, you can take your pup for an adventure ON the water too!  Dogs are permitted to tag along when you rent equipment from Charles River Canoe and Kayak, which includes kayaks and stand-up paddle boards.
To get to Charles River Canoe and Kayak at Kendall Square: Red line to Kendall/MIT 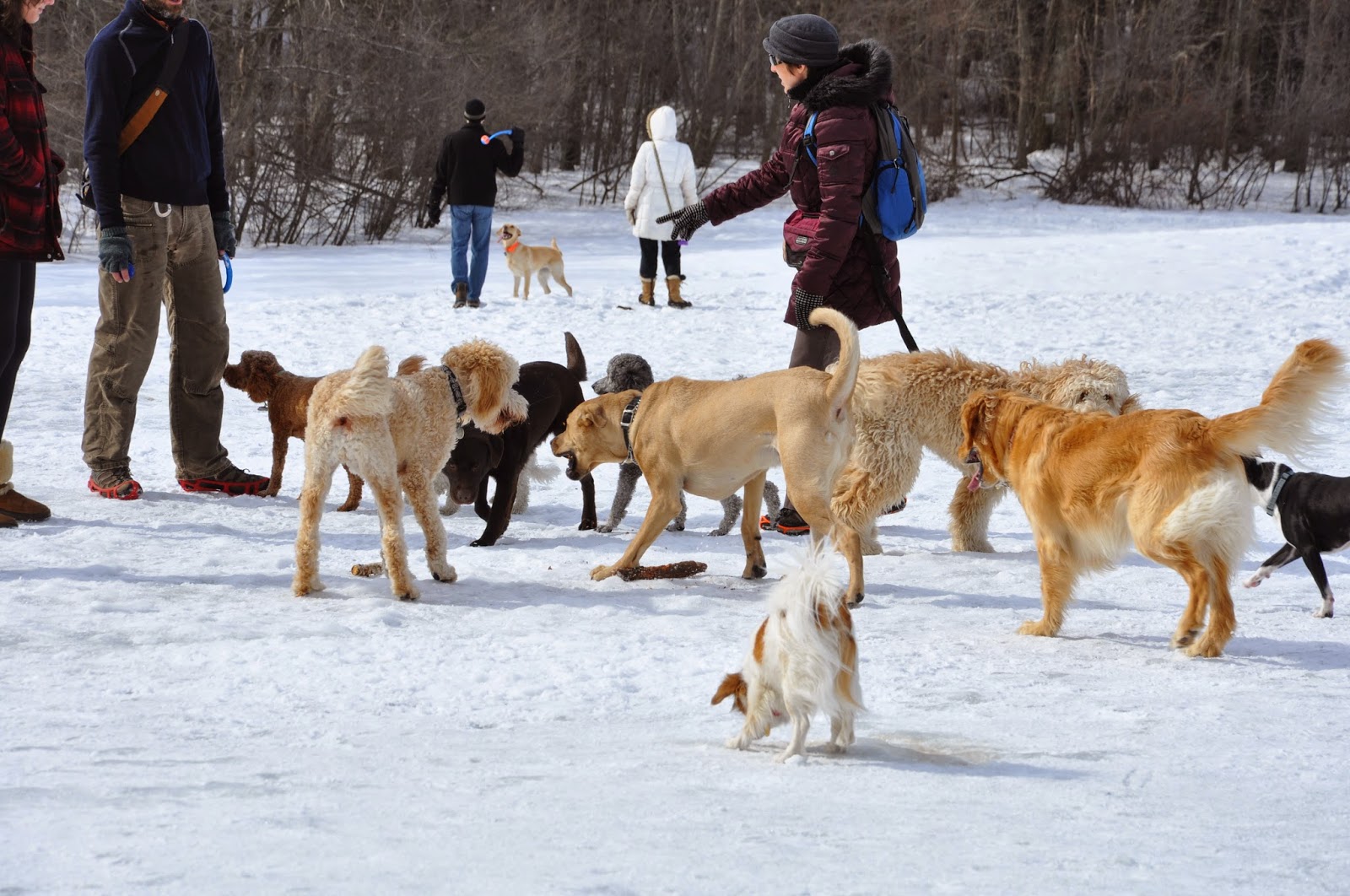 There are designated, fenced dog parks all over the place in Boston.  It is not uncommon to see dogs off-leash in the Commons and along the Charles and in other places, but you can technically be fined for doing that.  The dog parks are 100% legal off-leash zones, and most of them are at least the size of half a soccer field, so there's enough space for even larger dogs to get in a decent run.  The best dog park of them all is just north of the city in the Middlesex Fells.  The Sheepfold is a ten-acre grassy meadow that became a designated off-leash dog area about three years ago.  Prior to that, it was just undesignated, but when over twenty dogs are scampering around at any given time, the strength in numbers bodes well for no fines and eventual official capitulation to inevitability.  There are no fences at the Sheepfold, so keep that in mind if your dog has selective hearing.  It's a fantastic place to take dogs for socializing and exercise, or you can just use it as a starting point for runs on the extensive trail system in the Fells.  Most people don't leash their dogs anywhere in the Fells, although again you technically can get fined for that. 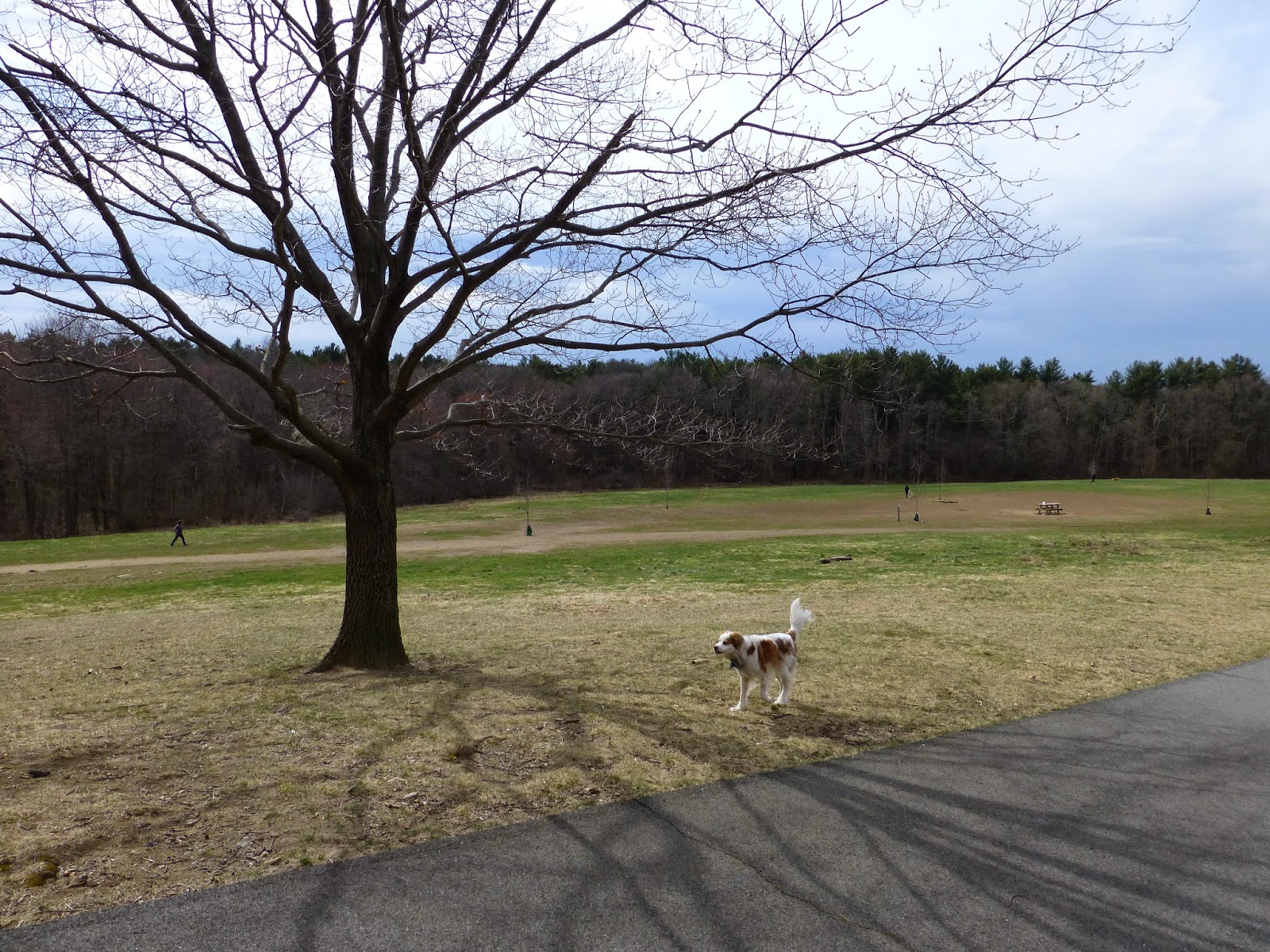 I'm piecing together a list of dog-friendly places to go and things to do in Boston, and elsewhere, on Trover.  I hope it helps with planning adventures with your favorite four-legged pal!
Email ThisBlogThis!Share to TwitterShare to FacebookShare to Pinterest
Labels: America, Boston, Mwenzie