The Shelby Tour of Portland

Most travelers I know agree that the absolute best way to experience a new place is with a local.  For one thing, it saves you, the newbie, a lot of time usually wasted on figuring out logistical details like how to buy train tickets or where to park.  But the main wonderful thing about locals is that they know all the good secret spots.  They know the tourist spots too, and will tell you which ones are worth it, but then they can guide you into the real experience of wherever it is that you're visiting.

If you don't have a friendly local tour guide waiting anxiously for your arrival so they can show you all their favorite places, never fear.  There is still a second option-- a distance local tour guide!

Eh, you say?  What I mean by that is-- find a local who isn't there anymore and get them to tell you everything they know!  Or even better, if technology allows, text them constantly while you're in their old stomping grounds and they can guide you virtually. 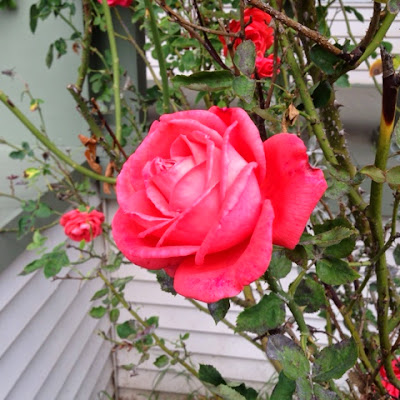 This worked out beautifully for us when we visited Portland, Oregon.  Sure, we had brochures and we'd done some preparatory research on the interwebs.  But the key to our Portland experience was my phone, which connected me to my friend Shelby.  Shelby is a native Portlandian who now resides elsewhere in America because work made him move.  I emailed him before our trip and laid out the ground rules: one day in Portland.  He sent me some ideas, which was great, and of course as soon as we rolled into town, I started sending texts to say thanks for the suggestions and also to rub it in that we were in Portland and he wasn't.  Because we're friends like that.

But what happened next is that he started texting spur-of-the-moment suggestions that hadn't made it into his initial email.  And before we knew it, from afar Shelby took us on his personal tour of his city!

The first stop was, naturally, downtown.  It was Saturday, which meant Portland's famous outdoor market was alive and kicking on the banks of the Willamette.  Saturday Market (don't let the name mislead you, it's also open on Sundays) is Portland's largest outdoor arts and crafts market that also has heaps of delicious food vendors and lots of live music and other busker-type entertainment.  For the most part, the market is in Waterfront Park right along the river, but a section of it spreads up Ankeny Street as well.  Talk about a place to find some really unique souvenirs and gifts for friends and family!  The creativity and talent of the artists who run the various booths was very impressive and fun to check out.

From Saturday Market, we walked south along the Waterfront Park Trail to find Mill Ends Park.  This little itty bitty patch of urban greenspace was first designated the World's Smallest Park by the Guinness Book of World Records in 1971.  Supposedly there have been tiny animals and fences and even leprechauns "living" in the park, but it was uninhabited when we visited. 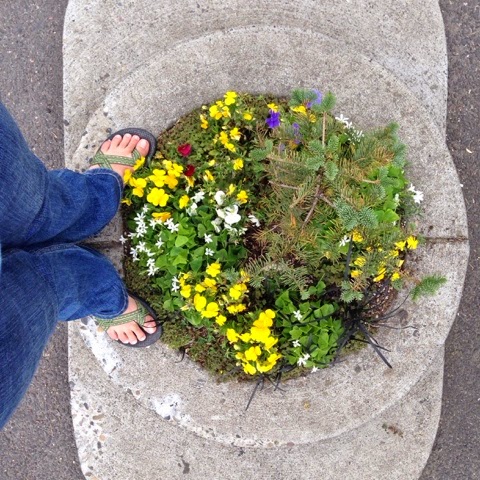 Our next stop was ice cream at Salt and Straw in northeast Portland on Alberta Street.  There are a few other locations in the city, but the neighborhood around this Salt and Straw was super funky!  Also there were rosebushes blooming everywhere, so now I understand why Portland is also called the Rose City.  Anyway, about the ice cream.  HOLY COW.  It's like no ice cream you've ever tried before!  The flavors are insane!  Some are normal-ish, like Chocolate Gooey Brownie or Cinnamon Snickerdoodle.  My favorites were Strawberry Honey Balsamic and Honey Lavender.  And then there are the bizarre and delicious choices that provoke comments such as: "I really liked my ice cream ... until I got a giant bite of blue cheese."  (He ate the whole scoop, so clearly the blue cheese wasn't much of a put-off.) 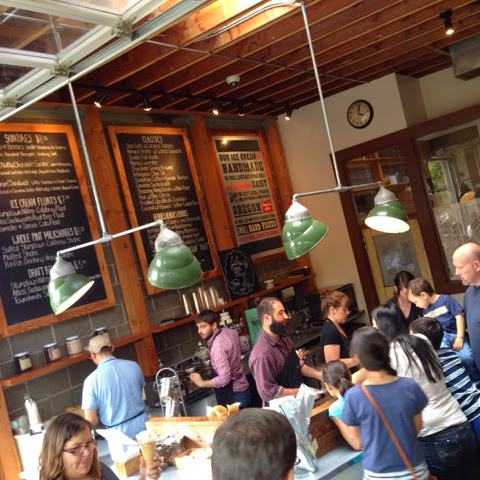 Since we were full of ice cream, it made sense to take a drink break next.  Shelby sent us to Kennedy School, which is a McMenamin's.  How to describe McMenamin's?  It's a local chain, but they aren't just bars or restaurants.  Some of them have hotels and banquet halls and there can be swimming pools/hot tubs involved too.  Kennedy School is a McMenamin's located in an old primary school!  Instead of destroying the building, they repurposed it and it is AMAZING.  Many of the classrooms were converted into hotel rooms.  The gym is a banquet hall/conference room, which was rented out for a wedding while we were there.  There's a cigar bar and a hot soaking pool and a brew pub and a restaurant with a big patio.  It took 45 minutes of wandering around and ogling all the cool old school history things on the walls and tucked around corners before we could even convince ourselves to sit down and enjoy a pint.  I'm not sure any other McMenamin's location will measure up after such an incredible introduction, but based on Kennedy School, I'd say never let a McMenamin's pass you by without investigating it!  What a cool way to preserve old places and make them new and fun again! 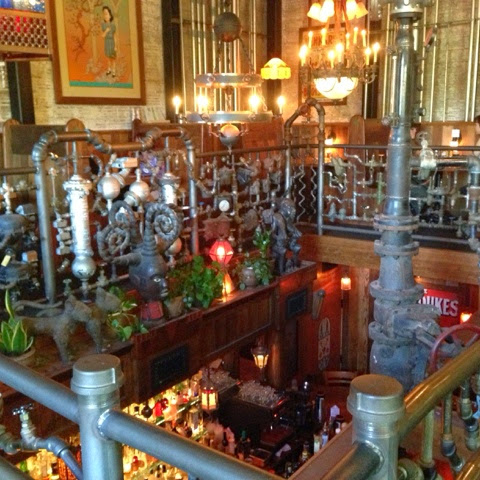 Once we start beer tours, they don't seem to end, so of course it wasn't long before we found ourselves searching for another good local brew spot.  One of Shelby's favorites is the Widmer Brothers Brewing Company, which conveniently has a neat gasthaus pub attached to it that serves delicious German food.  Mmmm dinner.  And good beer too.

The afternoon was winding down by this point, and we had a bit of a drive to our next stop, but Shelby had also recommended checking out NW 23rd Ave and Hawthorne Street, so we made sure to drive through both neighborhoods before hopping back on the interstate and leaving Portland behind. The two streets are pretty similar, with lots of restaurants and bars and pubs and patios and people.  We didn't get out of the car, but if you're looking for places to hang out and stuff your face with tasty treats, either one is a good bet! 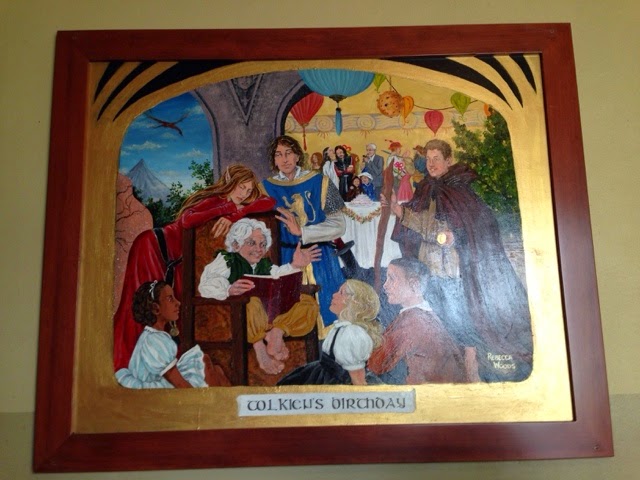 It was just one day, but without Shelby's expert contributions, we probably would have stayed downtown and never ventured out far enough to see some of the other neighborhoods and all the cool things they have to offer.  Thank you Shelby for being an awesome tour guide!!!  My only regret is that we didn't make it to Voodoo Donuts.  Next time!

Shelby's Other Recommendations (for when you're in Portland for longer than a day):
- running in Forest Park
- eat pizza at Escape from New York on NW 23rd Ave
- visit the Japanese Rose Gardens
- go to a Portland Timbers game
- hiking around Columbia River Gorge, including Multnomah Falls and Crown Point
- eat at Portland City Grill for dinner with a view (and good sushi)
- eat at Le Bistro Montage for good Cajun food
Email ThisBlogThis!Share to TwitterShare to FacebookShare to Pinterest
Labels: America, food