The Funkiest Theater in Massachusetts

Alright, I know I haven't been to every theater in Massachusetts, so perhaps that title is a bit of hyperbole.  But as soon as you set foot in the Somerville Theater, you know that it's at least in the running, regardless of what quirky small-town theaters you've experienced! 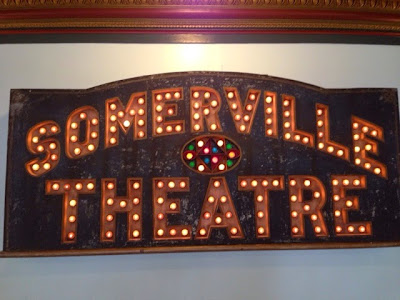 My introduction to Somerville Theater was during the Boston Irish Film Festival, and I was promptly hooked on the funky owl decor.  Seriously, they're tucked in everywhere!  I also love that there's a bar in the lobby and you can purchase drinks to take with you into your show. 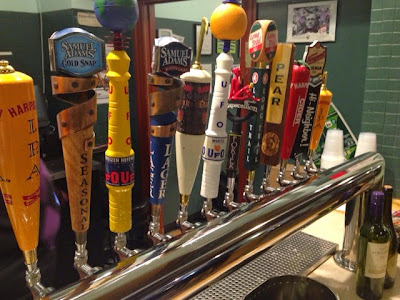 This place is over 100 years old.  It opened on 11 May 1914 and its repertoire has included vaudeville, plays by the Somerville Players, concerts (U2!  Springsteen!), and of course film.  In a century, the theater has been owned by three families: it was built by the Hobbs, then operated by the Vianos, and has been owned by the Fraimans for the last 30 years. 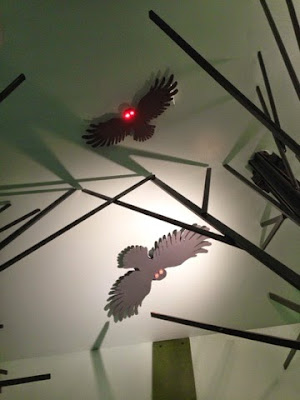 Our passes to the film fest gave us free run of the theater, which was wonderful because there was exploring to do! 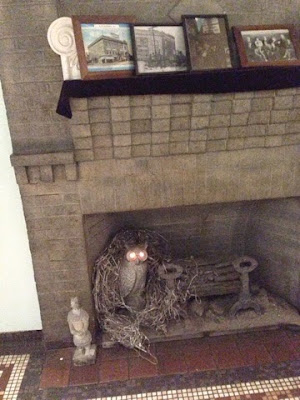 The main stage of the theater is exactly that - a stage, complete with balconies.  It looks just like the playhouse at my university.  Evidently there used to be a concert pit which was covered in 1932.  How do I know this?  Because the concert grand piano that was installed in that pit when the theater opened in 1914 has been relocated to the second floor after spending almost 80 years holding up the front of the stage and  the auditorium floor.  They call it the "load-bearing piano."  Now the piano is tucked into a hallway, along with some old school theater seats, outside the doors by which you access the balcony high above the main seating of the stage. 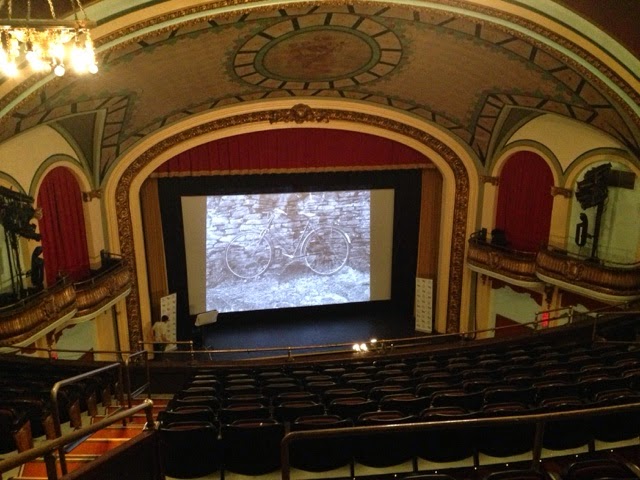 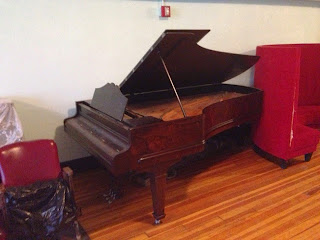 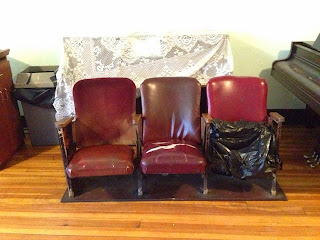 There are a couple smaller theaters that are clearly newer and are designed like regular movie theaters today, but they've still got owls to tie the decor together! 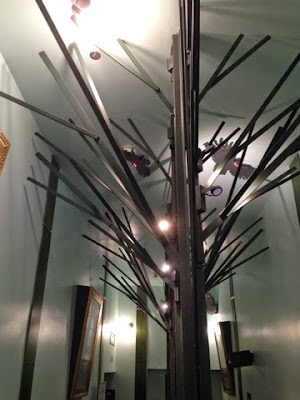 And then there's the art museum in the basement.  I was looking for a bathroom.  Instead, I found the MOBA: Museum of Bad Art.  The sign even says, "Art Too Bad to be Ignored."  It's a room with some very bizarre canvases and things decorating the walls.  Some of it is bad, some of it is just juvenile, and all of it is exactly what a place like Somerville Theater should have hiding in its bowels. 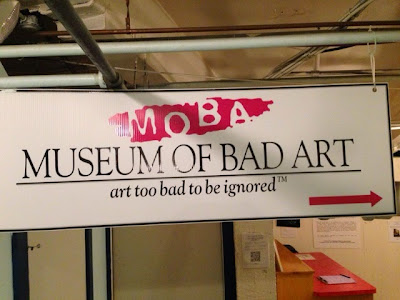 Catch a film fest, or a current feature, or scan their schedule for one of their showings of a classic movie.  They've got it all!  And one last selling point, even though you're already clearly convinced that Somerville Theater is awesome, is that it's located smack in the middle of Davis Square, which is definitely one of the coolest little neighborhoods in the Boston area!  Easy access on the Red line, so ready, go!  The owls are waiting to greet you.
Email ThisBlogThis!Share to TwitterShare to FacebookShare to Pinterest
Labels: Boston