Fortunately, there is more to Boston than all the cool historic stuff which requires you to spend a lot of time outside making tracks around the city.  Art!  Animals!  Beer!  Museums!  Chocolate!  Something for everyone!

Let's say you're an art person.  Or you're not an art person, but it's raining, so you're willing to take a whack at being an art person.  Boston has two particularly wonderful offerings: the Museum of Fine Arts and the Isabella Stewart Gardner Museum.  The MFA is one of the largest museums in the U.S. and contains an absolutely staggering amount of artwork, from sculpture to painting to photography to woodworking to jewelry to quilts.  Admission to the MFA is not cheap ($25), BUT on Wednesday evenings and certain Open House days scattered through the year, it's free.  YAY FREE!  The Isabella Stewart Gardner Museum is named after and houses the art collection of philanthropist and art patron Isabella Stewart Gardner.  Hence anyone named Isabella can get into the museum for free.  (No joke, check out their website.)  In general, their admission fees are significantly less than the MFA.  It's also closed on Tuesdays.  So hopefully it's not raining on a Tuesday when you decide to be an art person. 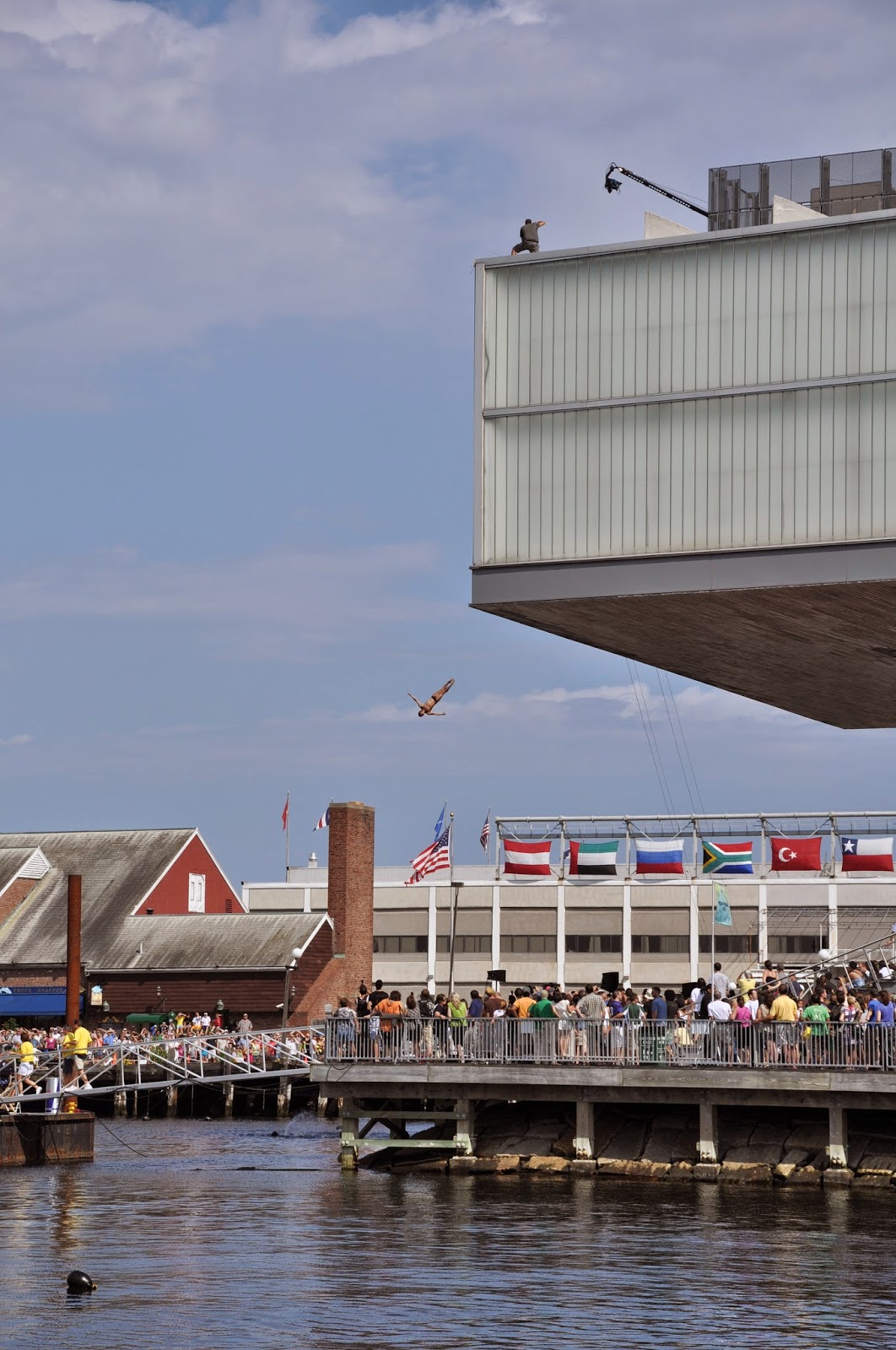 A third art choice is the Institute of Contemporary Art (ICA) out in the Seaport District.  Now I have to be honest: I've only been in the ICA because they host Red Bull Cliff Diving every year, and there's a fantastic glass viewing area on the second level which gives me a great perch for taking photos (and provides a wonderful  panorama over Boston Harbor).  I took a quick spin through a cool photography exhibit, but I can't provide much first-hand experience on what the ICA has to offer.  It's modern art!  They have exhibits and performances.  If you're curious about modern art, here's your Boston go-to.

That's enough art.  You're probably thirsty after all that art.  Time for some beer tasting!

The most well-known brewery in Boston is Sam Adams.  Although the main brewing facilities aren't actually in Boston anymore, there's still a token location in Jamaica Plains that's worth a visit.  For a meager donation fee, you get a full tour that shows you the mashtuns and fermentation tanks and lets you taste some grains and smell fresh hops (delicious!) and culminates in the tasting room where you sample three different Sam Adams brews while the tour guide explains the nuances of the different flavors.  You never know what you're going to get in the tasting room; on one visit, our third beer was the brew made specifically for the company's holiday party that year, which was never available to the general public.  Cool!  Finally, one of my favorite aspects of the Sam Adams Brewery Tour is the party trolley.  After the tour, you board a party trolley in the parking lot and get a free ride to Doyle's!  Doyle's is a great Irish pub with tasty food AND if you order a Sam Adams with your meal after visiting the brewery, it will come in the special glass (you learned about it during the brew tour) which you get to keep.  "Free" souvenir! 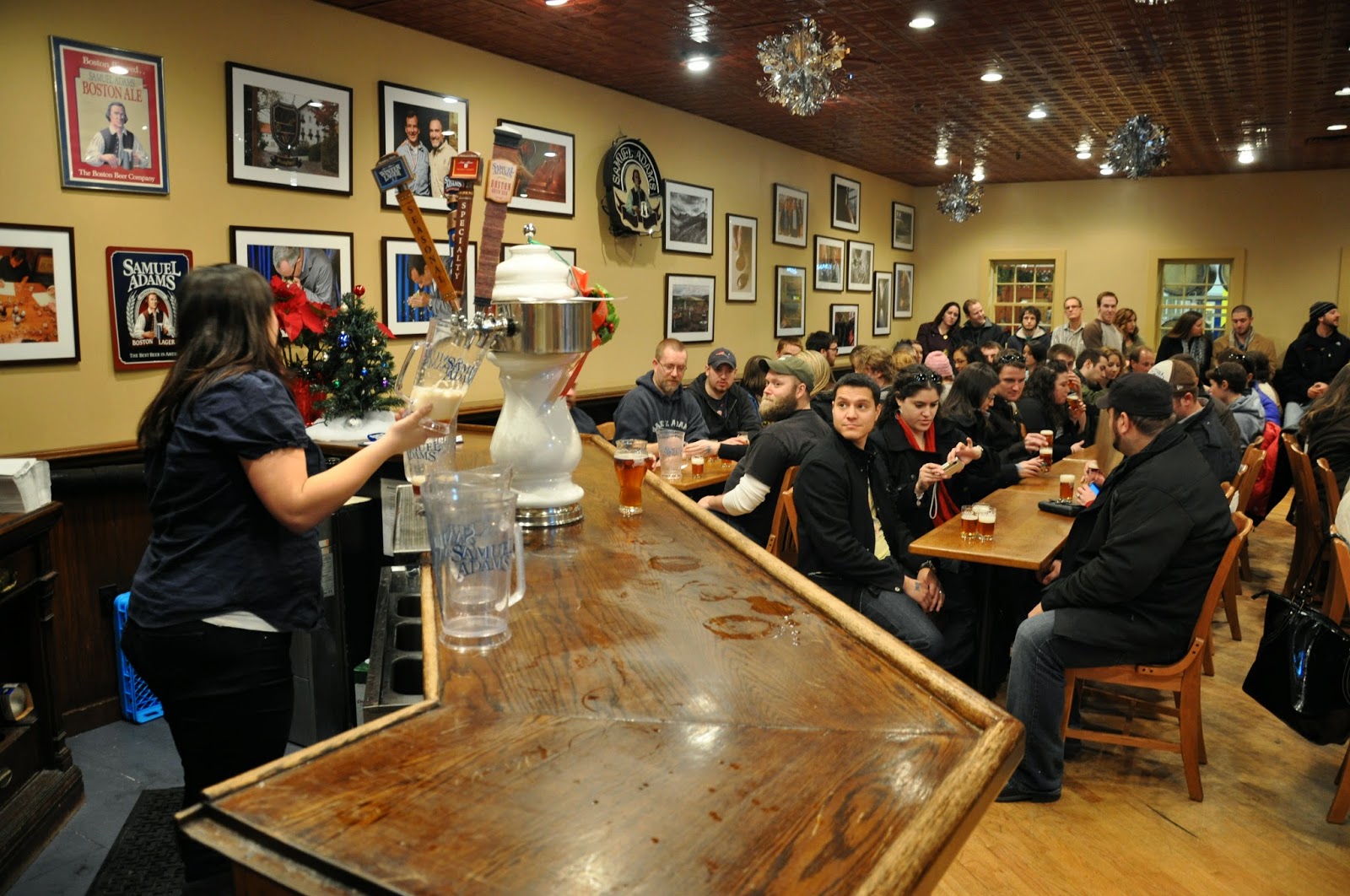 If Sam Adams is a bit too far out of the way, I offer this alternate, which happens to be my favorite brewery in Boston: Harpoon.  I first visited Harpoon because a hurricane was inbound and being outside was clearly not a great idea, so getting free beer was an excellent alternative for weekend entertainment.  Since that visit over three years ago, Harpoon has made some major (and AWESOME) changes to their facility!  You can still take brew tours ($5) which still end with time in the tasting room, where you can drink as much as you want  (way better than the measly three sips at Sam Adams) from a wide variety of Harpoon's offerings.  But now there's also the beer hall!  Whether you want to go on a tour or not, definitely go to the beer hall!  It's a huge room designed in the German tradition with long tables and benches that are open seating, so you share your table with complete strangers and make new friends.  And they serve PRETZELS.  You can order normal salty pretzels with savory dipping sauces, or you can order cinnamon sugar pretzels with sweet dipping sauces.  Hands down the cinnamon pretzel with maple dipping sauce is one of the most delicious things I've ever tasted.

There are other smaller brewing operations around the city that are localized either to New England or just to Boston itself.  Trillium Brewing has a tasting room but no tours.  Cambridge Brewing Company is a microbrewery with a great restaurant, but no tours or tastings.  Beer Works is a Massachusetts chain with several locations around Boston, and a couple further afield in places like Lowell and Salem.  According to their website, they offer tours and tastings by reservation, but I just use them as a restaurant.

Oy vey, that's enough drinking.  While you're full of delicious beverages, you may as well continue on the liquid theme and visit the New England Aquarium.  The aquarium is smack in the middle of the city and smack on the harbor in a very cool building that went through a major renovation in 2013.  There are penguins and seals and a huge conical ocean tank that rises four stories straight through the center of the building and is home to 1,000 different critters, including a green sea turtle who's lived there since 1970!  Tickets run about $25, which I think is a tad expensive, but at least it'll help while away a rainy day! 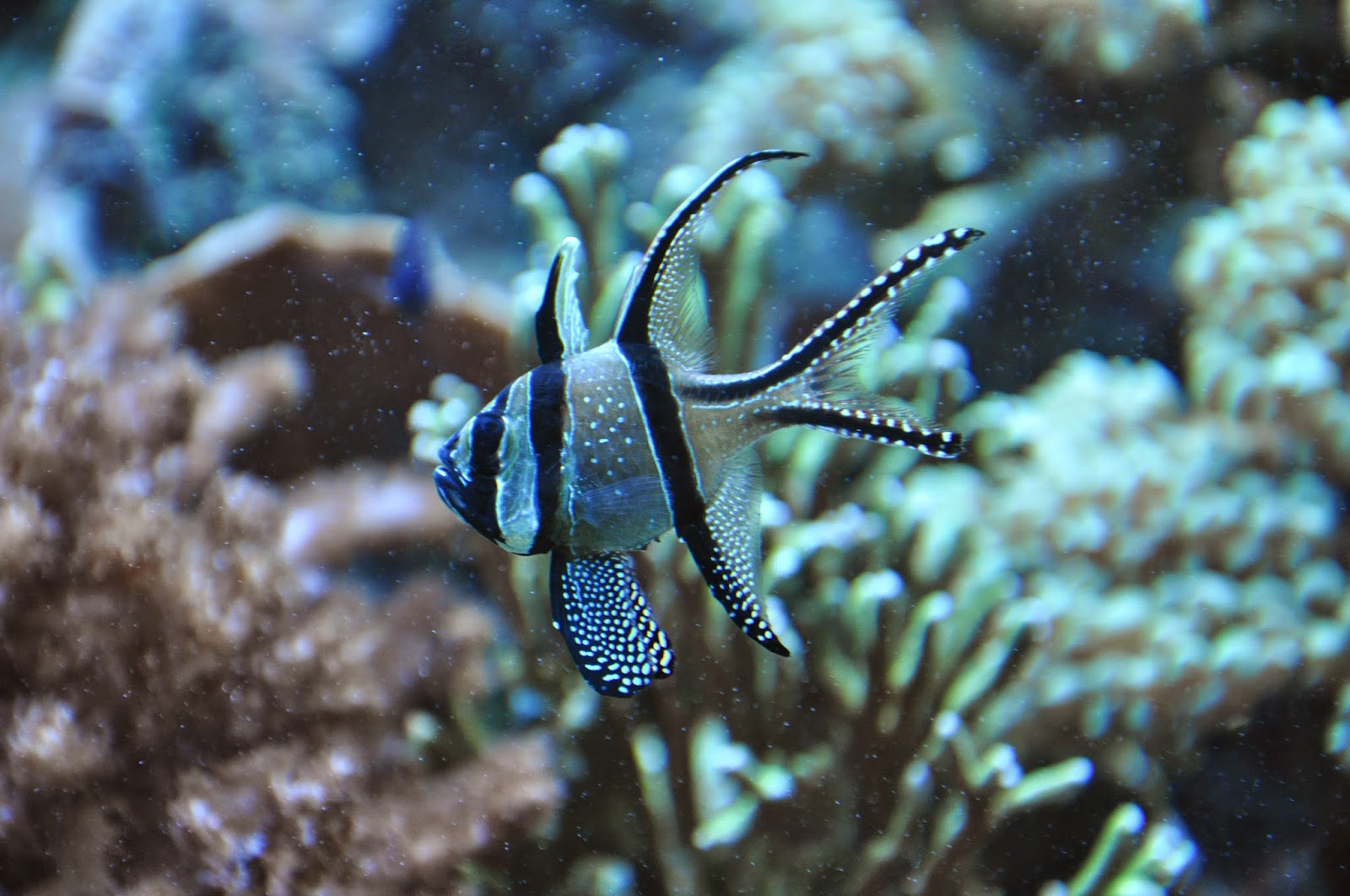 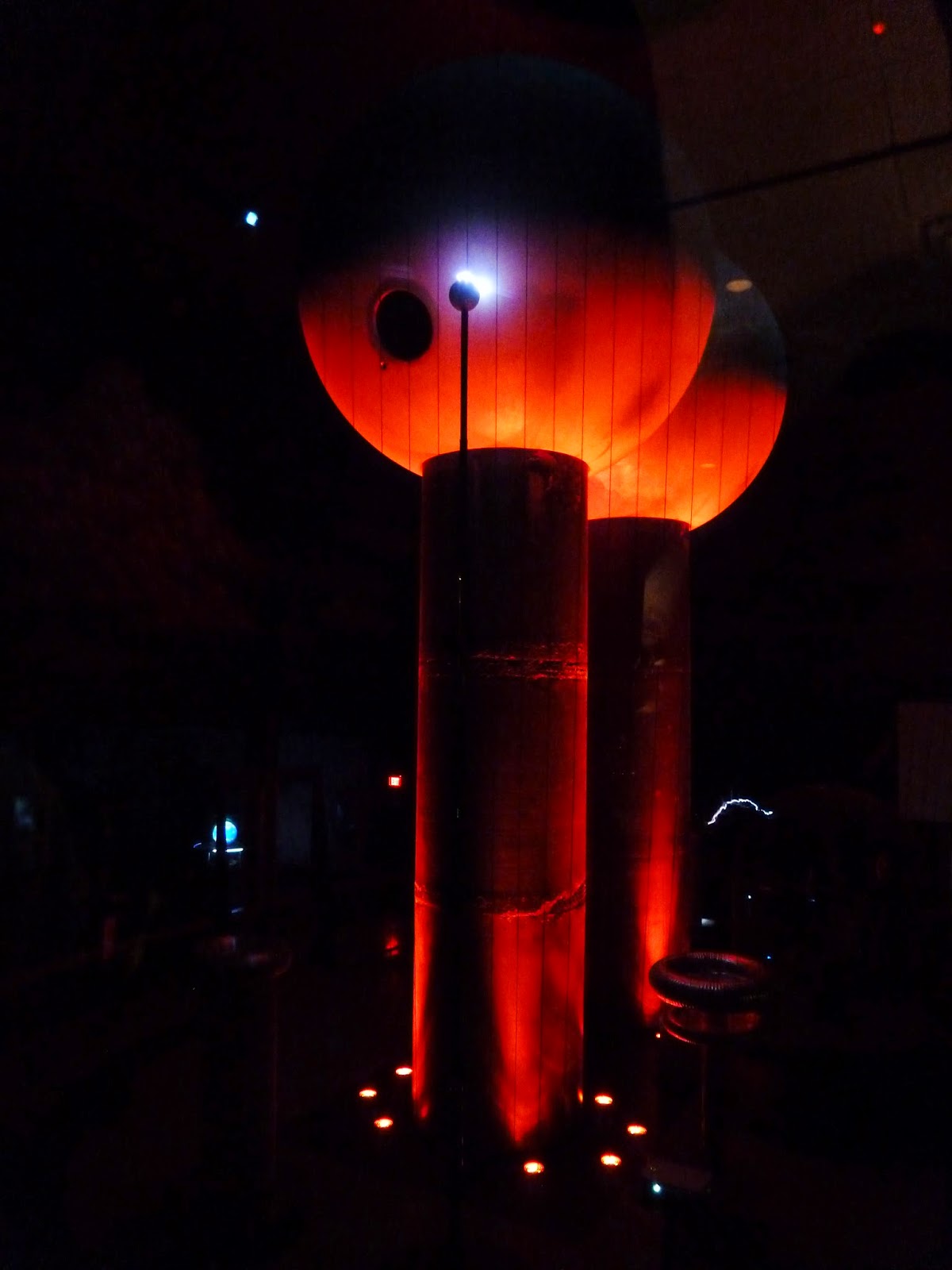 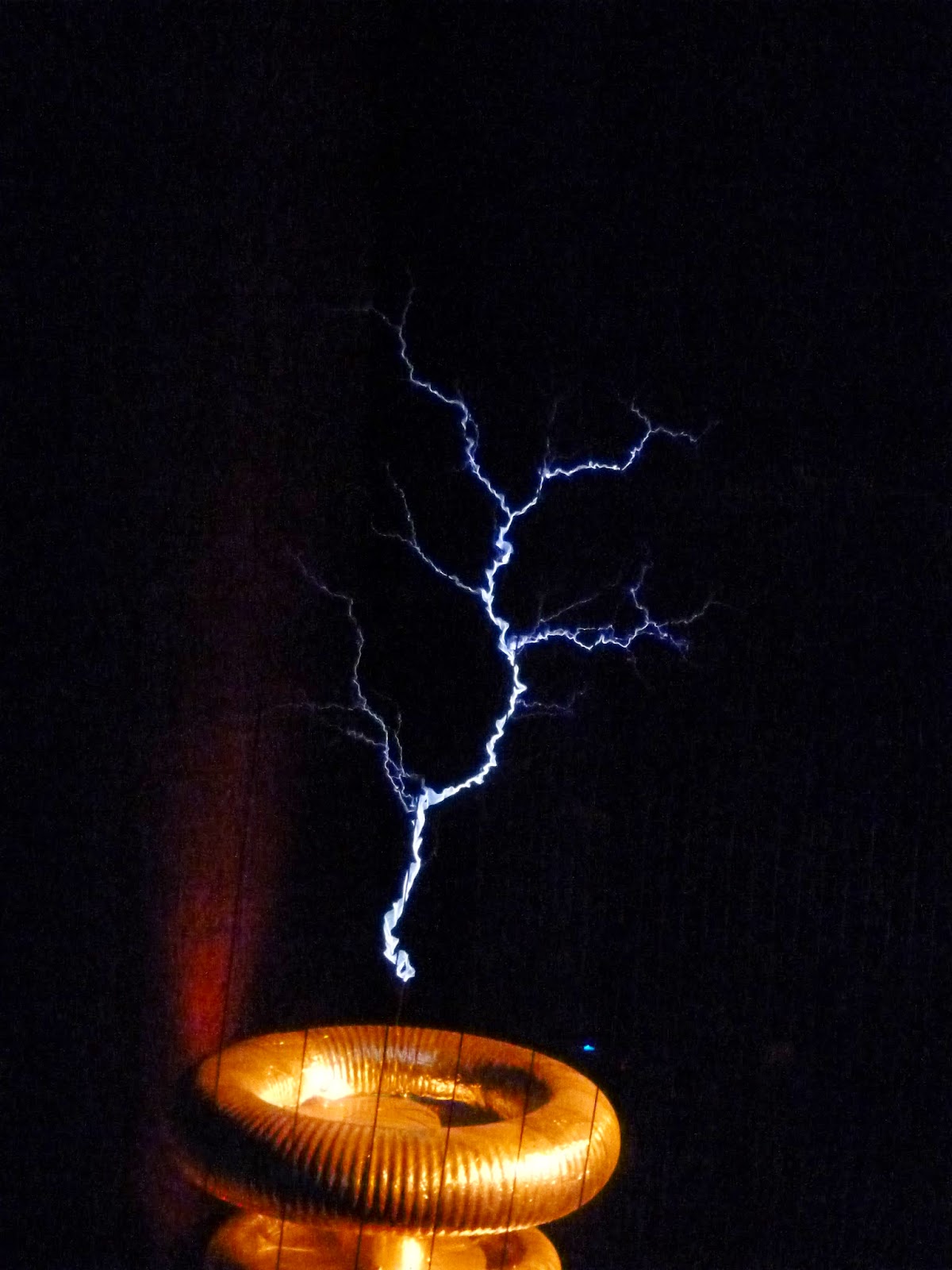 While you're on your education kick, take a trip over to the Science Museum too.  There are animals, from gigantic dinosaur skeletons to adorable (and alive) tamarin monkeys, hands-on modeling and building and natural energy sources and computing exhibits, a disturbingly graphic journey of the development of the human embryo into a squalling baby (seriously, visiting this exhibit is probably the most effective birth control method out there), a rock garden of petrified wood, a butterfly garden, presentations on nanotechnology, and a lightning room ... among other things.  The lightning presentation is my favorite part of the museum.  The museum's presenters use the world's largest Van de Graaff generator to teach about conductors and insulators, and to put on an indoor lightning show!  It's electrifying!  (Sorry, I couldn't help it.)  Tickets are between $20 and $25, but this place will keep you entertained for hours.

I have one last brain-expanding suggestion for Boston's rainy days.  Not far from the huge mall at the Prudential Center is the Mary Baker Eddy Library.  I did not know who Mary Baker Eddy was before I went to her library, and I will confess that I still don't know much because I wasn't really interested in learning about her.  I wanted to see the Mapparium. 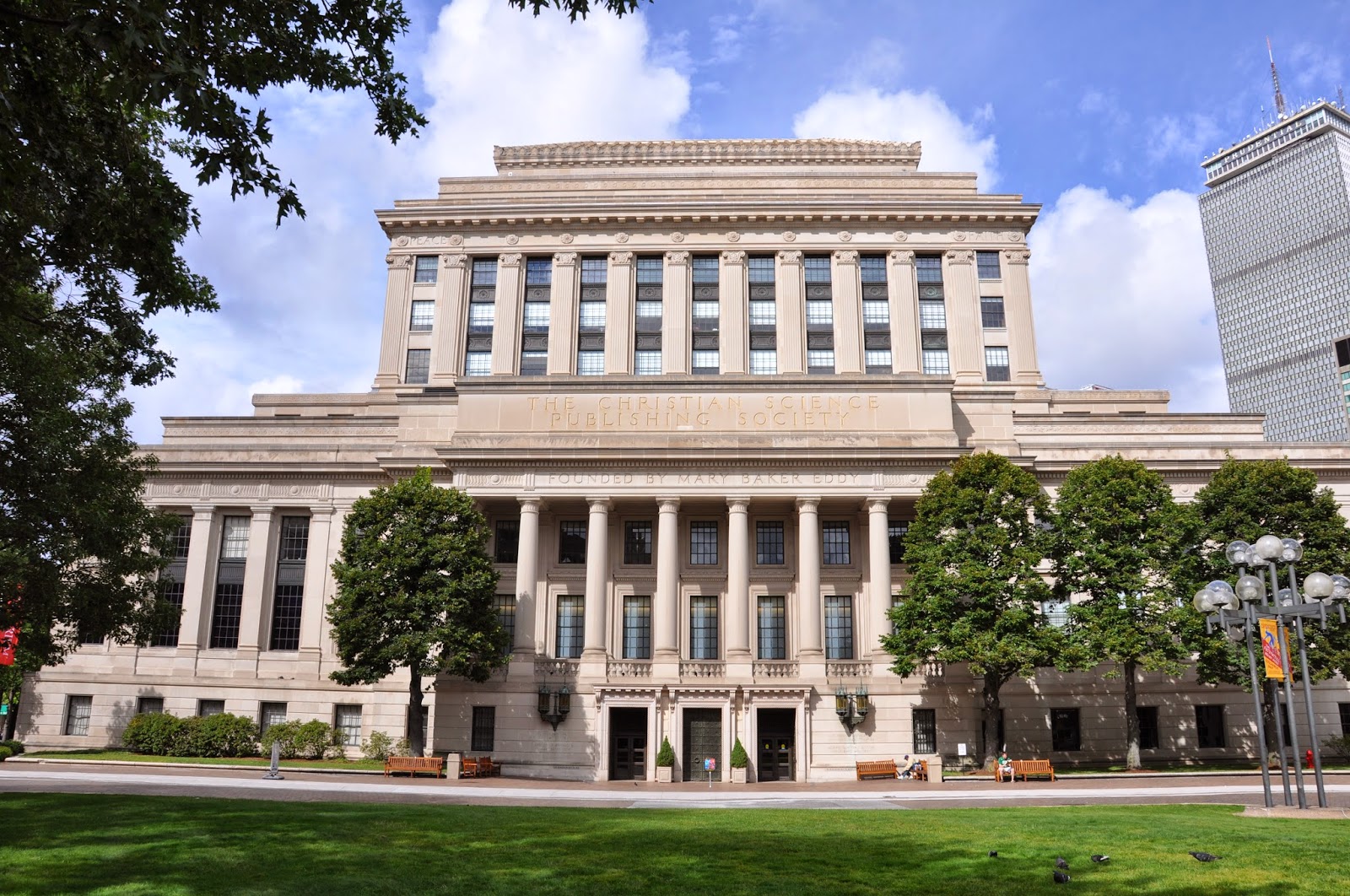 If you like to travel, you probably have an affinity for maps.  Maps are dangerous; because of them, I'm always finding new places that I want to explore and I will never ever in seventy lifetimes have enough time.  The Mapparium, as you may have guessed from its name, is a map.  But not just any map.  It's a three-story stained glass globe, and you stand in the center, bathed in colors, and look up, down, and out through the world's borders as they were in 1935.  Russia?  Where's that?  India?  Pakistan?  What happened to Belize?  The Mapparium is two-for-one: a lesson in geopolitics and history and geography, and a stroll through the brilliantly colored heart of a fantastic piece of art.

If museums and learning really aren't your thing, and you don't want any more beer (what?!?  impossible!), never fear.  Boston has CHOCOLATE.  Well, technically Somerville has chocolate, but who's being picky?  Let's focus on the main point here. 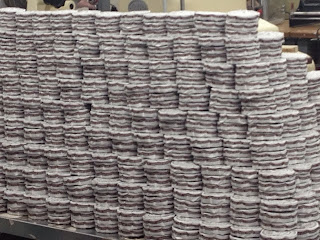 There is a chocolate factory in the middle of the city!  Taza Chocolate makes stone-ground organic chocolate in the Mexican tradition.  Yes, I said stone-ground, and that's one of the coolest things about Taza--they use granite millstones (handmade by the company's founder!) in Oaxacan stone mills to grind the cacao.  On the tour, which costs $5, you see the roasters, winnowers, molinos (grinders), tempering machines, molds, and you get to sample some of the different chocolates they produce. 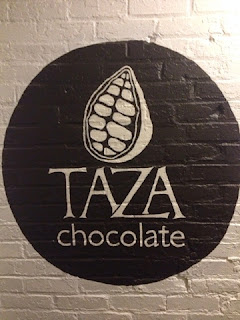 Don't expect something thick and creamy and crazy sweet like Hershey's; Taza chocolate is darker, bordering on bitter, and has an almost powdery texture.  I imagine that everything in the movie Chocolat tastes like Taza chocolate.  It's not something I ever expected to find in Boston, which makes it all the more worth a visit!

Voila.  Don't let a little crummy weather get in your way!  There is still much fun to be had in the city! 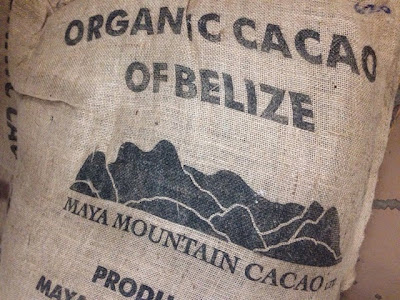 P.S.  Boston has a Children's Museum!  Take your kids!  I haven't got any, which isn't really an excuse for never having been ... but I've never been.  Short walk from South Station on the Red line!

I had to eat a lot of chocolate, drink a lot of beer, and go to a lot of museums to get the photos that made it into this post.  Please leave them right where they are.
Email ThisBlogThis!Share to TwitterShare to FacebookShare to Pinterest
Labels: America, Boston, food