Spring might have finally settled into New England.  And I probably just jinxed us by typing that sentence, but it's JUNE for crying out loud!  Let's get some sun and warm weather!  Let's go for a run in shorts and a tank instead of piling on the fleeces! 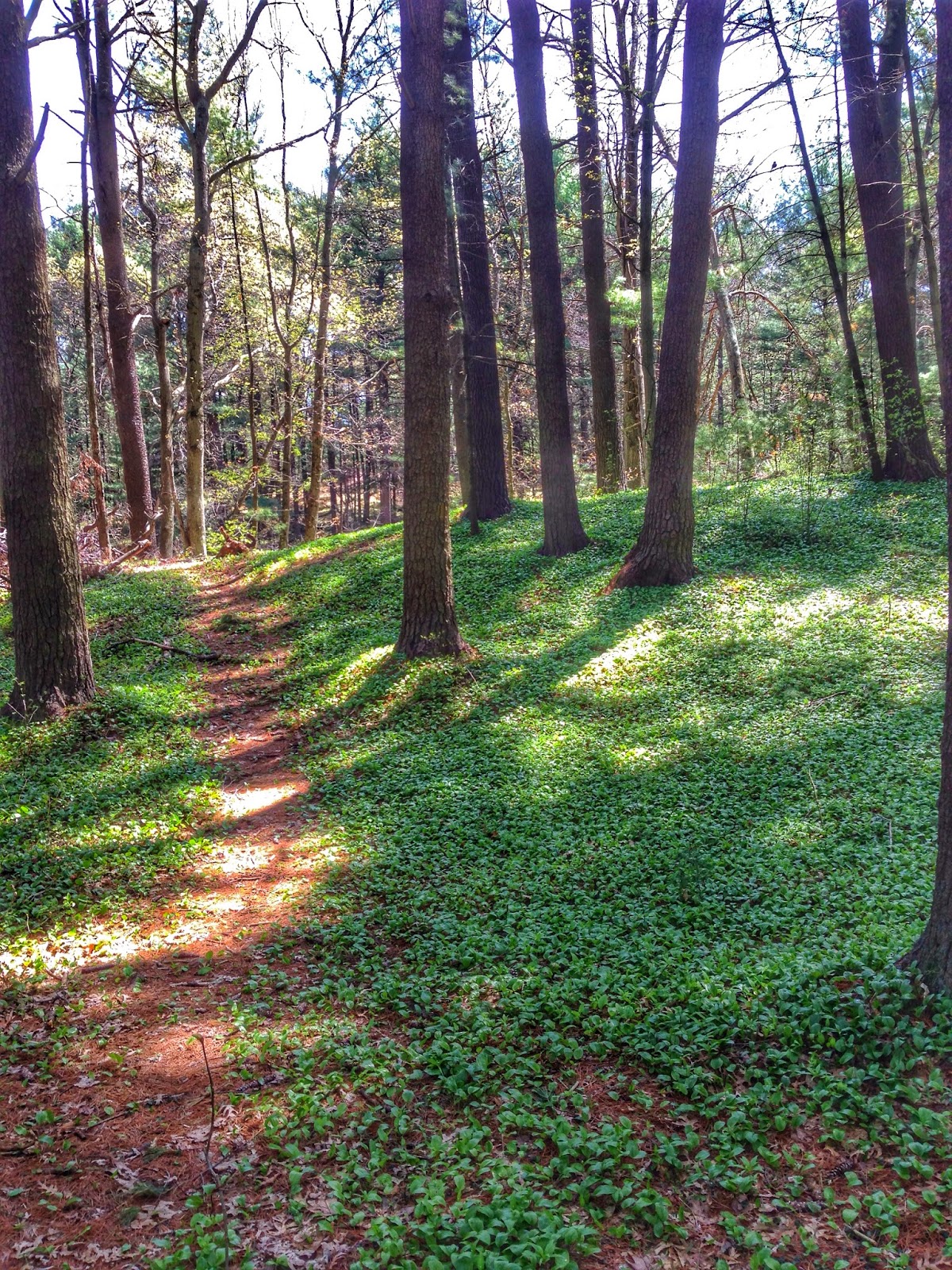 If you're traveling through the Boston area and looking for a nice place for a stroll or run (and swim!), or you live around here and are tired of the Fells and the Charles, I have a new option for you!  It's not exactly downtown, but it's close enough and it's worth the small trek.

Breakheart Reservation is a lovely gem tucked just west of Route 1 near the Saugus River in Saugus, Massachusetts.  The entire reservation is 640 acres of wooded hills with two big lakes dropped in the middle, and the river bordering the eastern edge. 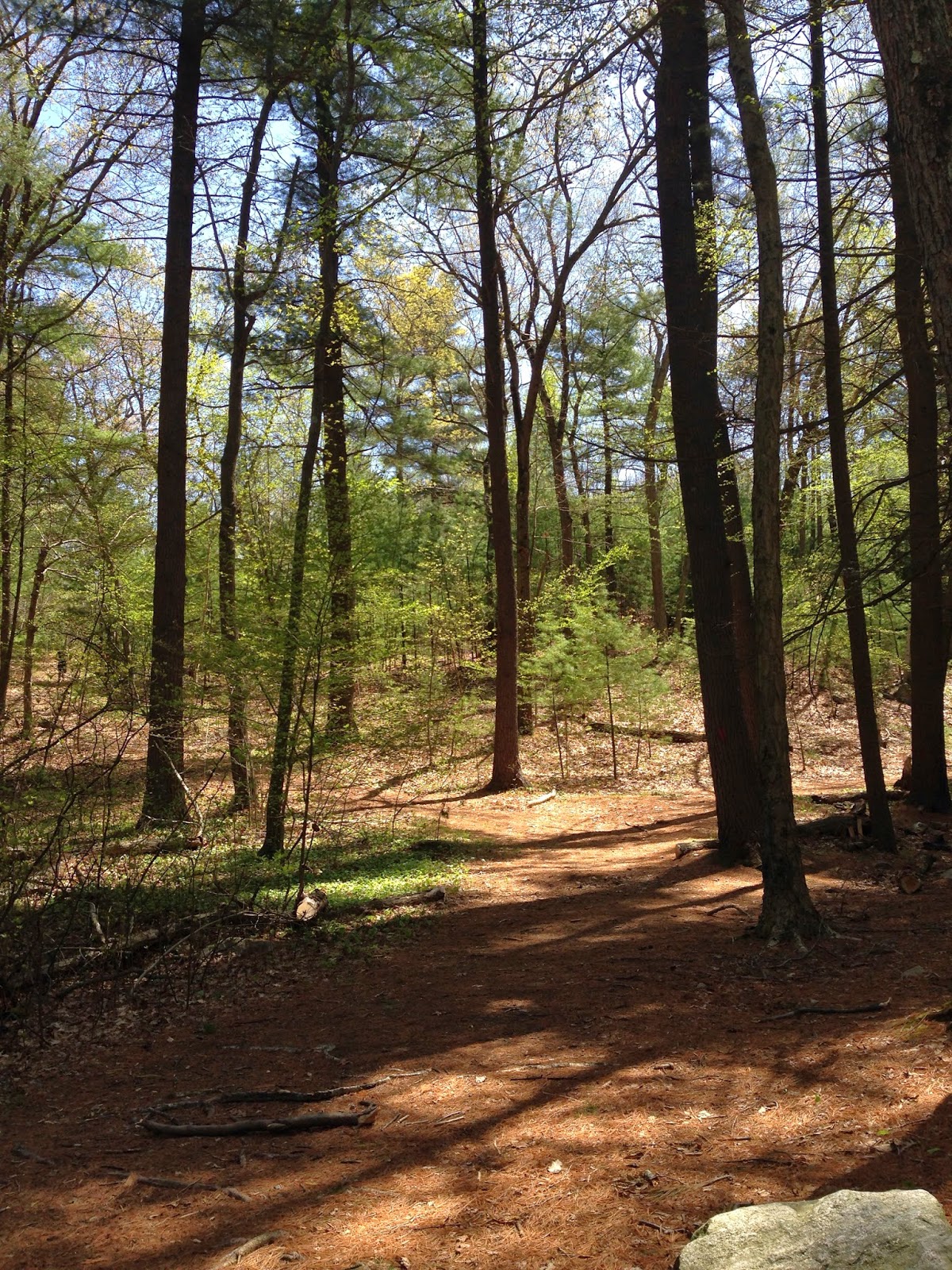 Like the Fells, it's riddled with dirt trails, but there are two main loops that are paved, which comes in handy on those soggy days when you'd sink up to your knees in mud if you tried to run in the woods.  But just because they're paved doesn't mean they're a cakewalk.  Breakheart has some serious hills and the paved routes don't even try to go around them.  The paved trails form a figure-eight through the reservation, so you can do the outer ring (about 3 miles) or cut through the middle by the swimming beach. 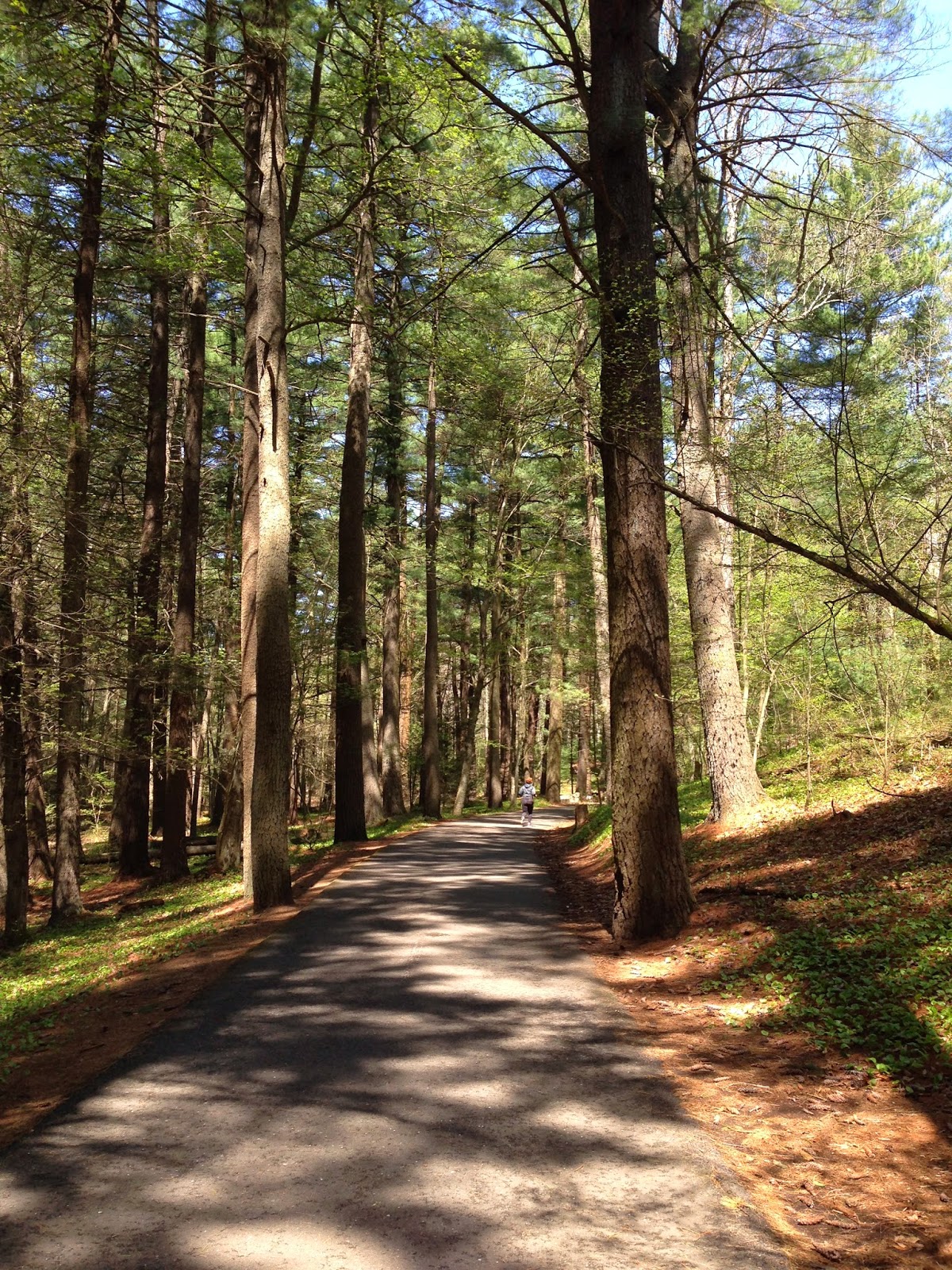 Yes, swimming beach.  Unlike the Fells, you can swim in Breakheart Reservation!!  During summer, the beach is manned by a lifeguard, but that also means no pups from Memorial Day to Labor Day.  Understandable when there are heaps of kids running around and too many people out there who don't clean up after their dogs, but this is why we hit the ponds before peak season. 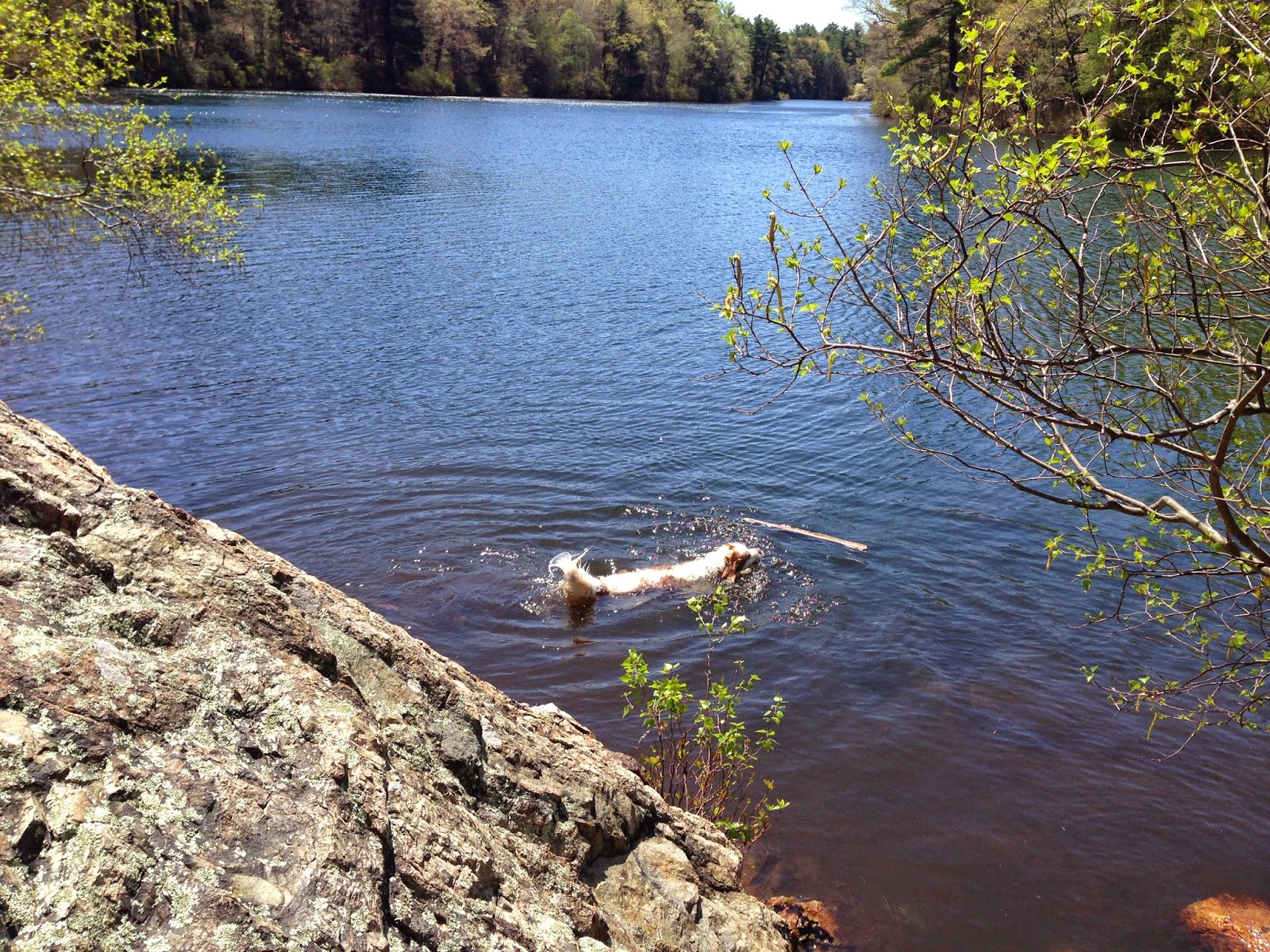 If you rely on public transportation to get around, you can still get to Breakheart, but you better be in need of a long run!  It's only about four miles from the Oak Grove station (orange line) to the entrance of the Reservation.  Enjoy!
Email ThisBlogThis!Share to TwitterShare to FacebookShare to Pinterest
Labels: America, Boston, Mwenzie, running